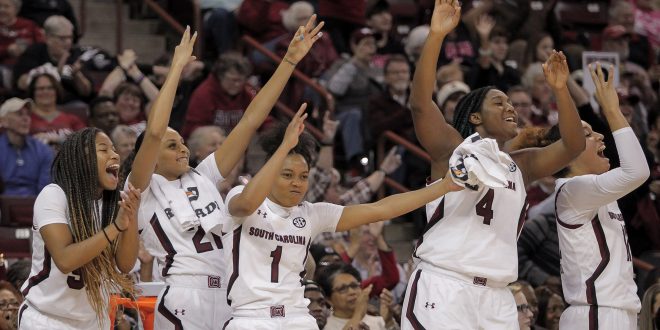 The University of South Carolina Women’s basketball team wants to claim the 2020 NCAA National Championship. Head coach Dawn Staley and her squad feel that they are deserving of this award following their phenomenal season.

The Gamecocks stood at 32-1 overall, 16-0 in SEC play, ranked No. 1 in Associated Press and coaches polls and were likely to be named the No. 1 overall seed in the NCAA tournament.

The NCAA has released that they will be giving a full year of eligibility back to spring athletes, but have given no word on winter sports yet. They also have yet to release if they will be recognizing an NCAA Champion this year amidst the national pandemic.

“I’m probably gonna stir up some folks — we ended the season as the No. 1 team in the country with the best record in the country, the only team that won their regular season and conference tournament undefeated,” Staley said. “If they’re gonna pass out a national championship trophy, we got our hands out at South Carolina.” – South Carolina Head Coach Dawn Staley

Carolina’s biggest competition for claiming a national championship would definitely be Oregon who checked in at No. 2 in the AP top-25 poll. The Oregon Ducks were being led by senior Sabrina Ionescu, who would’ve given the Gamecocks some major competition.

Beyond just the bragging rights that go along with hanging a banner, there are also financial implications involved. Staley, like many coaches, has incentive-based bonuses written into her contract. If South Carolina wins the NCAA tournament, she earns an extra $400,000. If the Gamecocks make the Final Four, she makes $200,000. 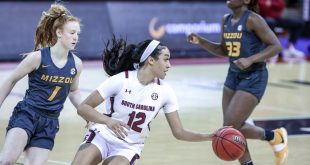 No. 1 seed South Carolina Gamecocks advances to the final four since 2017 when they …