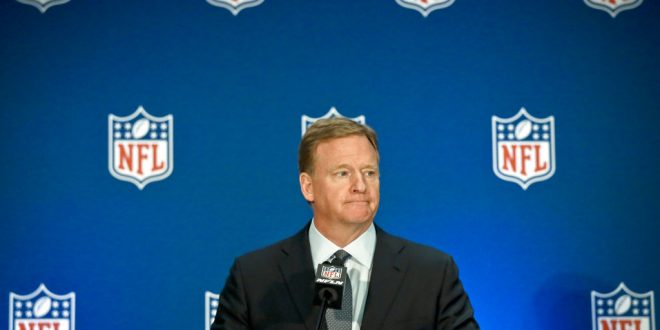 The coronavirus outbreak has caused the NFL to take certain precautions this offseason. On Monday, the league announced new rules regarding free agency and postponed all organized team activities until further notice.

In a memo to teams, the NFL has implemented new rules for free agency and postponed the off-season training activities indefinitely, in a memo obtained by ESPN. pic.twitter.com/gFkSErJBa4

The pandemic reactions in the NFL

Over the past week, the sports world has seen numerous cancelations. Recently, sports organizations have suspended seasons indefinitely. The NCAA has shut down the coveted March Madness tournament. As of yesterday, the NFL has called for certain procedures involving free agency and organized team activities to be changed in the name of public health.

Along with the memo, the league is encouraging employees to work from home, if possible.

Accordingly, the NFL’s annual meeting has been canceled. Previously, the meeting was to be held in Palm Beach, Florida, from March 29 through April 1. Below are just some ways the league has been changing due to the pandemic.

NFL Commissioner Roger Goodell announced widespread postponements and protocols in relation to the coronavirus outbreak. April 6 is when returning coaches expect to begin offseason programs. According to the new procedures, these will be pushed back.

As for regular offseason activities, the normal, voluntary team workouts usually slated for mid-June have not been confirmed yet.

ESPN’s Adam Schefter explains the memo sent out by the NFL to all 32 teams:

How free agency will operate in the offseason

According to the league’s memo, the regular negotiation time-frame is still being adhered to. For now, The deadline for teams to franchise tag players is Monday, March 16, at 11:59:59 a.m. ET. This time was pushed back due to the recent CBA negotiations.

The league also released guidelines for free agency on Monday. Players and teams cannot travel for workouts and physicals. Physicals must be in a player’s home city.

Currently, the NFL is not planning to change the draft schedule. Next year’s draft is still on for April 23-25 in Las Vegas.