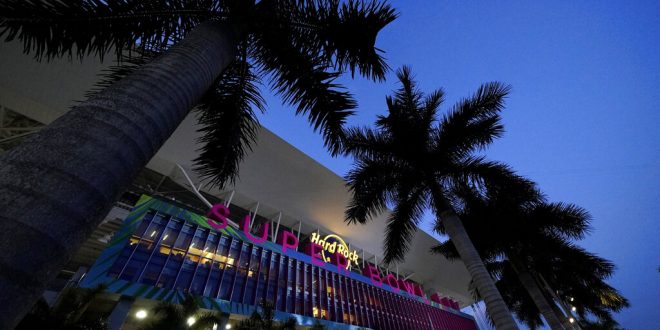 The NFL owners will vote on a potential expansion to the NFL playoff format Tuesday afternoon via conference call due to COVID-19. The proposed format includes an additional playoff spot for each conference. This would expand the current 12-team format to a 14-team format. The format change requires a majority of the owner’s votes (24 out of 32). If approved, it will be put into effect starting in the 2020 season. With the change, nearly 44% of teams would compete in the postseason, whereas the current format allows for only 37.5% of teams to qualify.

Fortunately, the change would not require an additional round to the current playoff format. However, the wildcard round would consist of an additional two games played between the No. 2 and No. 6 seed in each conference. This calls for a weekend pair of triple-headers. The start times will likely be 1 ET, 4 ET and 8 ET, allowing for a weekend marathon of playoff football. The league has already negotiated contracts with NBC and CBS for broadcasting rights for the two additional games. This gives both networks the opportunity to broadcast two games during wildcard weekend, while ESPN/ABC and FOX will each broadcast one game.

Teams will need to quickly adapt to the new playoff configuration due to its significant impact. Under the new format, the Kansas City Chiefs would have needed an additional playoff win en route to their Super Bowl victory last season. The Chiefs would have played the 8-8 Pittsburgh Steelers in the first round rather than receiving a bye. As for the NFC, the Green Bay Packers would have hosted the 9-7 Los Angeles Rams in the Wild Card round as opposed to getting the week off. The expansion is crucial for teams like the Rams, who entered the final week of the last season already eliminated from playoff contention.

The change would not only affect the playoffs, but also the regular season. The urgency for the No. 1 seed will be even greater now that the No. 2 seed does not get a bye. In addition, this encourages bubble teams to push for the additional wildcard spot rather than tanking for a better draft position. The final weeks of the season will be a battle not only between the division winners for the No. 1 seed and a first-round bye, but also for the teams looking to secure a wildcard spot. Furthermore, the modification will make Week 17 even more exciting as less teams will have “nothing to play for.”

Relative to other major professional sports leagues, the NFL still has room to expand its playoff format further. The NBA and NHL both currently use a 16-team format, allowing over half the teams in each league to clinch a playoff spot. If the NFL wishes to further expand its postseason, the league could wipe out the first-round bye entirely and replace it with a 16-team format. According to ESPN’s Dan Graziano, many people expect the NFL to re-evaluate its playoff system if “no one other than the one seed can get to the Super Bowl in the next couple of years.”

On the other hand, the league could default back to the 12-team format in the near future if they are displeased with the new format. Nonetheless, the modified playoff structure should give NFL fans something to look forward to during the long offseason.

Hello, I am currently a junior at UF studying sports media journalism with a concentration in Political Science. I contribute web and radio content weekly for WRUF ESPN Gainesville. Be sure to check out some of my recent articles!
Previous NBA determined to crown champion
Next Cowboys, Dak Prescott Closer to Deal