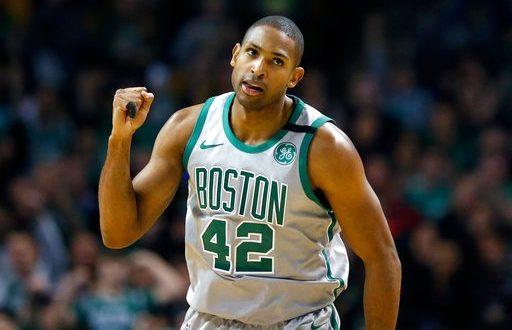 Former Florida Gator basketball sensation Al Horford made an enormous contribution to the community to aid coronavirus relief efforts. The global pandemic that has put the world on pause these last few months has affected millions worldwide.

While using Horford’s assistance, he made a $500,000 donation to his native Dominican Republic, as well as each region of the United States that he has played basketball in, per Shams Charania of The Athletic and Stadium.

76ers’ Al Horford (@Al_Horford) has donated $500,000 to aid coronavirus pandemic in his home country of the Dominican Republic, as well as each U.S. region in which he has played basketball (Michigan/Gainesville, FL./Atlanta/Boston/Philadelphia).

The coronavirus outbreak struck at the University of Florida where Horford shined on the court in his college days. As of Thursday, Alachua County had 87 confirmed positive cases of the coronavirus.

At just the age of 20, Horford entered the NBA in 2007 as the third overall selection by the Atlanta Hawks. After becoming an All-Star Center in Atlanta, he went on to spend the next three seasons with the Boston Celtics. Prior to the 2019-20 season, he signed a four-year, $109 million deal with the Philadelphia 76ers.

Before his campaign was suspended due to the COVID-19 outbreak, the five-time All-star was averaging 12.0 points, 6.9 rebounds, and 4.1 assists per game. If the season resumes, Horford will be an essential piece to the Sixers’ success in the playoffs down the stretch.

His Best Moments as a Gator

Horford played basketball at the University of Florida from 2004-2007. His immediate impact helped the Gators win the 2005 Southeastern Conference championship. In that time frame, he was twice named to All-SEC teams and earned MVP honors in the 2007 SEC Tournament. Florida won back-to-back national titles in 2006 and 2007 led by Horford and current two-time NBA All-Star Joakim Noah.

Over the course of his three-year career at Florida, Horford started 100 of 109 games he played in and averaged 10.3 points, 7.9 rebounds, 1.7 blocks and 1.7 assists per game. During Florida’s run at repeat national championships, Horford averaged 13.2 points, 9.5 rebounds, 2.2 assists and 1.8 blocks per game.

As of right now, it remains unknown if the NBA season will resume. However, Horford alongside many other professional athletes is using his free time wisely by aiding those who are battling the pandemic as the numbers continue to climb.

Angel is a student at the University of Florida. She is a Multimedia Journalist who is currently a Sports Reporter and Writer at ESPN Gainesville. Follow her on Twitter (@angelcwells) and Instagram (@angel_wells). Be sure to follow her NFL Twitter account to stay up to date with the latest NFL news. (@UpToDate1NFL)
@angelcwells
Previous College football shutdown is cause for concern from former Gator Chris Doering
Next Browns Looking to Hit Reset Button Heading into 2020 NFL Draft