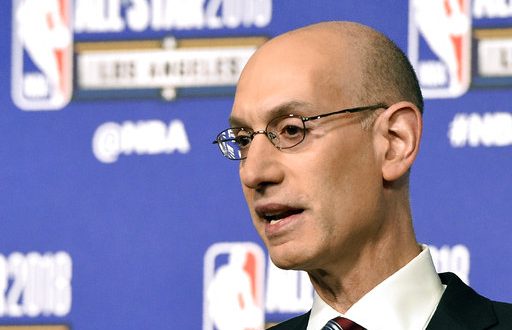 There will be no showering of threes during April in the NBA. NBA Commissioner Adam Silver announced on April 6 that the earliest possible time for the NBA to make a decision about starting back would be on May 1.

Silver made this decision clear during his conference call with President Trump the weekend prior. The commissioners of the country’s professional sports leagues, including Silver, would like to use sports as a way to restart society. But, this can only be done after everyone involved is sure that it is safe.

One big step toward continuing games would be the league getting coronavirus tests that offer rapid results. But, could this come at the expense of performing athlete’s test rather than that of an average citizen. The NBA’s decision to restart continues to be moved back much like the rest of the country.

How the NBA may look

The NBA is looking at several factors before making a decision to restart league play. The league’s biggest priority is player safety. That player safety could mean playing games in empty arenas.

Another move that has been highly thought about is housing all 3o NBA teams in Las Vegas. Vegas is the host site for the NBA Summer League so they should have accommodations for all of the teams.

Other problems such as athlete pay will be addressed in a conference between the league, players and their agents on Tuesday.

NBPA has postponed today's conference call with player agents until Tuesday, sources tells ESPN. Several topics covered expected to include current negotiations with NBA on payment schedules for withholding percentage of player salaries based on possibility of canceled games.

Silver also said that in an ideal world the league would be able to finish out the regular season. But as we all know this right now is not by any means of the word ideal. So, it is likely that the longer it takes to restart could mean the league to simply begin the playoffs with seeding set as it was as of March 11.

With the restart of the league being in question so is the coronation of this year’s champion. The league may not have a champion crowned until early September at the latest. That finish date would be so that the NBA doesn’t interfere with this year’s potential football season, which is also in question.

ESPN’s Adrian Wojnarowski spoke on how this end date would impact the start of next season.

As the days without sports turn into a month, and then months even, it is refreshing to see league commissioners such as Adam Silver not wanting to force their respective leagues to resume play. This limbo is frustrating, but in the end, is necessary for saving lives and reducing the spread of the coronavirus.