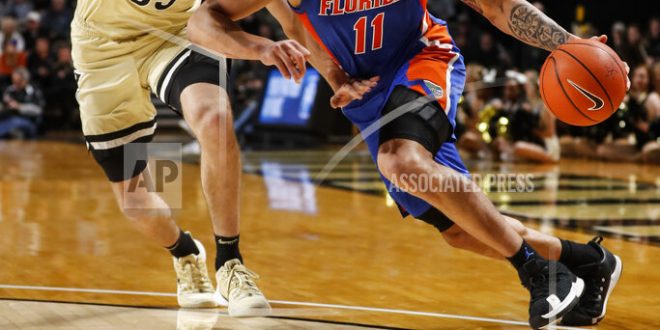 Johnson to return for Junior Season

Johnson is a swiss army knife for White and the Gators. Besides leading the team in scoring at 14 points per game, Johnson also paced the team in steals (38) and was second in rebounding (7.1 per game) and three-point shooting (38%.)

The 6-foot-5, 231-pound Johnson was projected to be a mid-second-rounder in this year’s draft. His strength and three point shooting had NBA teams excited about his potential as a 3-and-D rotational piece.

NBA scouts believe that Johnson has room to grow on the offensive side of the ball. There were times during Florida’s underwhelming season where Johnson looked a little passive. Teams would also like to see some improvement in the free throw department, as Johnson hit them at a 74.8% clip last year.

This offseason had a chance to see massive turnover for Florida. The Gators will lose redshirt senior Kerry Blackshear Jr. for next season. Scottie Lewis, the highly-touted freshman with NBA athleticism was also considering the draft until he announced his return to the swamp for his sophomore campaign.

After Johnson and Lewis announced their return, Head Coach Mike White will be waiting on the decision of Andrew Nembhard, the sophomore and quarterback of the Gators offense. Nembhard is flirting with the NBA for the second year in a row. He declared for the 2019 draft before pulling his name out to return to Gainesville.

Looking to the future

The return of Johnson and Lewis will be welcome additions for the 2020 Gators. The two will be a year older and a year wiser as Florida looks to contend in the crowded SEC.

Florida’s 2020 recruiting class currently falls at No. 29 in the 247sports rankings. While not as high as last year’s top-10 class, the Gators are high on their incoming prospects, including junior college standout Osayi Osifo.

Florida will hold its breath for Nembhard to make his decision. However, even if he opts for the draft, Coach White should feel confident in his chances for a contender out of the SEC.