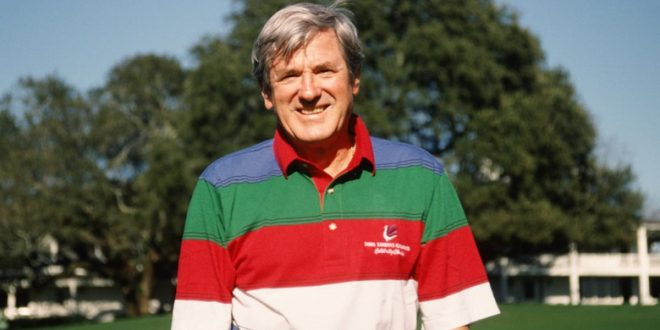 Doug Sander was not only a former Gator golfer but also a bright personality, known for his even brighter wardrobes. People called him the “Peacock of the Fairways”.

A 20-time winner on tour, Sanders left his mark and passed away Sunday due to natural causes at 86.

Doug had many victories in his gold career, but many still seem to focus on his four runner-up finishes in the majors. A lot of people recall the 30-inch putt that cost him the claret jug in 1970 at St.Andrews. Sanders lost to Jack Nicklaus that year in a playoff.

Nicklaus took to Twitter to remember his former opponent and pay homage to his legacy.

Rest in peace, Doug Sanders. Doug was a character, a showman, a flashy dresser, a bit of everything. Above all, he was a terrific golfer, competitor and friend. You never counted out Doug. If he got himself in contention, Doug rarely beat himself and was always tough to take down pic.twitter.com/aIitbHZoQw

Many may focus on the tough losses Sanders took, but he should be remembered for much more.

Former Florida head coach and Heisman winner Steve Spurrier weighed in on his encounter with Doug Sander and the normalcy of tough losses in the sports world.

“Doug was a Gator, played here in the late 50’s. I got the chance to play in the Jacksonville Pro Am with him and he was 67 or 68, something like that and playe 16 holes with him that day. He started talking about his record. In sports, all of us have those games you know you lose by one point or two points and then you win some by one or two also.” -Steve Spurrier

Spurrier went on to talk about his two national championship games he won and how they clabbered FSU in one.

Doug Sanders left a legacy not only on the Gator Nation but also in the PGA. 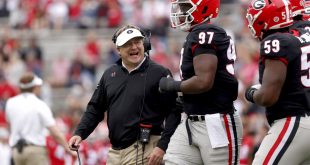 No. 1 Georgia begins SEC-play in the 2022 season with a trip to Columbia to …