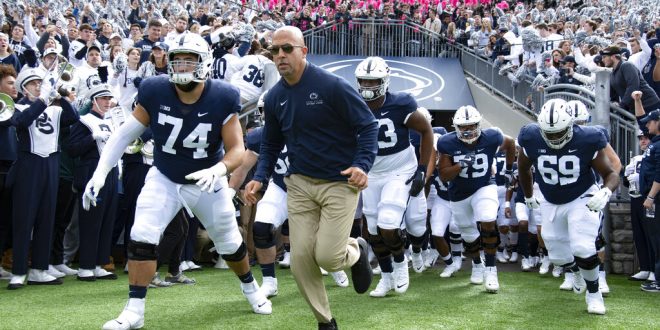 The start of the 2020 college football season is less than 100 days away. But there are still plenty of questions surrounding when and if the season will kickoff.

For now, there is one thing certain. If college football is played this fall, the setup is going to be like something the coaches, players, fans and media members have never seen before.

Arguably the most important issue that lies ahead for schools across the country will be making sure there is a  proper amount of testing for when student-athletes return to campuses. This is something many universities feel they can execute, according to ESPN college football senior writer Adam Rittenberg.

An appropriate number of tests will be key for schools moving forward. Following acceptable health and sanitation guidelines in locker rooms and facilities will also be key.

College Football Playoff as a senior writer for ESPN Heather Dinich said in order to keep players safe during travel and in the dressing rooms, teams could have to make adjustments to rosters.

Furthermore, Dinich also said she has been in contact with doctors who have noted that the cleaning, sanitation process for some of these areas could look very similar to how a hospital is run.

Parents who may be skeptical about letting their son or daughter go out and compete amid the COVID-19 pandemic. Senior writer for ESPN Chris Low said some of the coaches and athletic directors he’s been in contact with have already received calls from worried parents.

Low said some athletes might not come back as quickly as others.

Schools can try to provide a safe and healthy environment for a player by doing ample tests and following proper health guidelines. But the deciding factor on whether an athlete can step back onto the field will be up to his or her parents.

It’s safe to say that if this college football season happens, it will be like none other. There are numerous challenges that will need to be worked out before the start.

But despite this, Low said many people within universities and conferences are confident football will be played.

Questions still loom. But getting athletes back on campus is a positive sign.

Previous Tiger-Peyton vs Phil-Brady set for Sunday
Next SEC: weighing the effects of the recent vote to open athletic facilities