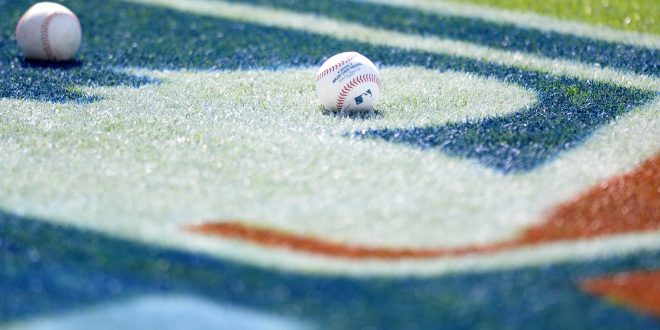 The COVID-19 pandemic has taken baseball away from fans. Now, the business side of the game has fallen victim as well.

Teams around the league are releasing minor league players at an alarming rate because of the virus. As of today, the Cardinals, Diamondbacks, Rockies, Rays, Nationals, Mets, Brewers, Mariners, Orioles, and Reds are the teams we know of that have released players, according to Jon Heyman and Robert Murray.

The roster cuts across the minor leagues could be as high as 1,000 players, according to ESPN’s Jeff Passan.

The COVID-19 pandemic is certainly the most important factor in the carnage that is happening in the minor leagues. However, there are other considerations as well.

The absence of revenue for the organizations is uncharted territory. According to cnbc.com, the suspension of play since March has cost the NBA, MLB and NHL $1 Billion in ad revenue. In 2019, those three leagues raked in $1.3 Billion from March the June.

The ad money doesn’t factor in ticket sales and the TV deals that the leagues have signed. The real loss is much higher than a billion.

That loss has to be relieved somewhere, and teams are looking to cut payroll. The public dispute between billionaire owners and millionaire major-leaguers has turned ugly, but the real victims are the minor-leaguers.

Minor League baseball players have been notoriously underpaid for a while now. Stories about players scraping by on poor wages have been circulating for years, if not decades. However, these players don’t dare speak out because they are chasing their dream, and sleeping on an air mattress with no refrigerator is part of the process.

Now, these players are victims of these massive organizations. In an email obtained by CBS Sports, Oakland Athletics general manager David Forst told his minor league players that the organization will halt their $400 weekly stipend on May 31.

“Unfortunately, considering all of the circumstances affecting the organization at this time, we have decided not continue your $400 weekly stipend beyond May 31,” A’s GM David Forst wrote to the team’s minor-league players in an email obtained by The Score’s Robert Murray. “This was a difficult decision and it’s one that comes at a time when a number of our full-time employees are also finding themselves either furloughed or facing a reduction in salary for the remainder of the season. For this, I am sorry.”

The A’s have anywhere between 200-250 minor leaguers in their organization. That means the organization was paying about $100,000 a week to their minor league players. Forbes estimated the Oakland A’s revenue from last year to be $225 million.

It is important to note that these minor leaguers, scraping by to make ends meet, can not obtain unemployment benefits, as their MLB contracts show that they are currently employed.

The COVID-19 Pandemic has affected all aspects of the world economy, but the closure of long-standing sports institutions, like the MLB, did not seem feasible.

However, that seems to be a very scary, but real threat that minor league teams are facing. Jeff Passan of ESPN spoke about last night.

Although the future is uncertain and scary for many, some players and organizations are stepping up. David Price, a pitcher for the Los Angeles Dodgers, has vowed to give each minor league player $1,000 for the month of June. That is around a $220,000 donation.

Previous Jay Gruden excited to be OC in Jacksonville
Next Nembhard backs out of draft, announces transfer from Florida