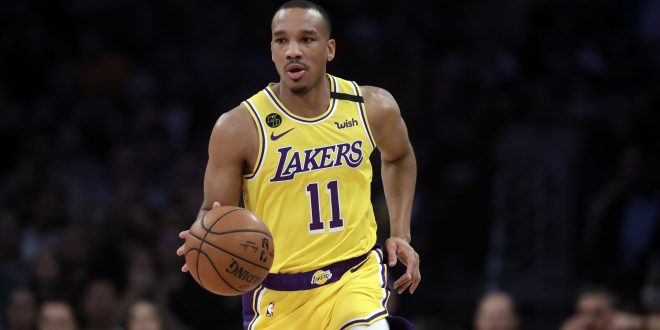 The NBA was the first major sport to shut down and one of the first to launch a comeback plan. But that’s not to say that all the players will be taking the court this year. Los Angeles Laker, Avery Bradley decided to not play in the NBA’s Orlando, Florida restart of the season.

Avery’s decision to step away from basketball is due to his concern for his family’s health and safety. The biggest worry is the health of his oldest son, Liam. The six-year-old has struggled to recover from respiratory illnesses. On top of that, it is highly unlikely Liam would be able to enter into the bubble for family at the Orlando game.

Despite his love for the game and for the Lakers, Bradley ultimately plays for one purpose–his family.

“I can’t imagine making any decision that might put my family’s health and well-being at even the slightest risk.” – Lakers point guard

Additionally, in his time away, he plans to take time to focus on building his community. He has been a leader of a player’s coalition that aim to have issues like social injustice and racial equity addressed by the NBA and the National Basketball Player’s Association with the reinstallation of the season.

BREAKING: Avery Bradley reportedly will not join the Lakers in Orlando due to concerns over his son's health.https://t.co/mbqtnbO2Oc pic.twitter.com/j00HP7fOIc

Who will replace Bradley?

The 29-year-old point guard started 44 games this season averaging 8.6 points and 2.3 rebounds. The Lakers lead the league in blocks, and Bradley is the guy who gets them into a position to block shots. L.A. is in a position to win the national championship, but with this loss now comes the struggle to find a replacement who puts the same pressure on the defense as Bradley does. Who is going to replace him?

The top candidate is J.R Smith. Smith is a free agent, and he has been out of the NBA for two years. Smith has played 15 seasons since getting drafted in 2004. He won an NBA title with the Cavaliers and Lebron James. Lakers’ president of operations Rob Pelinka and Smith’s agent Rich Paul discussed a possible agreement for a one-year contract. According to ESPN’s Adrian Wojnarowski, Smith may have finally found his way to L.A.

The Lakes have a transaction window that ends July 1. Until then, they can sign free agents prior to their trip to Florida.

Sound used in this story courtesy of ABC Newscall and ESPN.