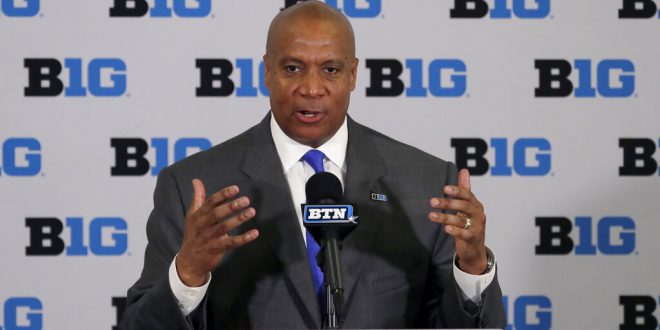 The Big Ten conference announced that all fall sports programs will have a reduced schedule made up of conference-only matchups on Thursday.

This news is a punch in the gut for sports fans who were holding out some hope that the fall season wouldn’t be affected by the virus. However, with a spike in cases of COVID-19, the Big Ten became the first Power 5 conferences to alter their plans.

Will the Big 10 be the first domino to fall? Or, will other conferences announce similar plans in the near future?

Just one day after the Big Ten announcement, the Pac-12 announced their plan to play league games only. Pac-12 Commissioner Larry Scott stressed the importance of player safety.

“The health and safety of our student-athletes and all those connected to Pac-12 sports continues to be our number one priority”, Scott said in a statement. “Our decisions have and will be guided by science and data, and based upon the trends and indicators over the past days, it has become clear that we need to provide ourselves with maximum flexibility to schedule, and to delay any movement to the next phase of return-to-play activities.”

As of today, the SEC has not made any decisions on what to do with their fall sports. According to CBS Sports, the Athletic Director’s in the conference are scheduled to meet with Commissioner Sankey on Monday. However, they expect no decision to be made.

Paul Finebaum had some harsh comments for all power 5 conferences on ESPN’s Get Up. Finebaum gives the chances of a college football season happening “25%.”

The ACC seems a little closer to a conference-only schedule than the SEC. Its athletic directors will discuss scheduling at their conference meeting on Tuesday, according to CBS Sports. Additionally, the conference is considering plans to work Notre Dame into their scheduling if they decide to take that route.

Notre Dame is in a sticky situation. As an independent team, the possibility that the Fighting Irish could be left out in the cold was a real possibility.

Like the SEC, the Big 12 and commissioner Bob Bowlsby believes it is “a little early” to be making decisions. However, the league has a model worked out in case they decide to head down the Big 10 route.

It feels likes the Big Ten is the first domino to fall, and the other conferences will follow its lead in the near future.

Previous Buddy Teevens on Ivy League’s Decision
Next Baseball is back. But for how long?