Players all across the NFL are showing concern over the NFL not having a COVID-19 safety plan in place. Overall, the majority of the players want to play. However, they would like to see the NFL take steps to help protect them.

Many Players showing concern with #WeWantToPlay

The trending hashtag among NFL Players this week has been #WeWantToPlay. The players are trying to show owners, the league office, media and fans that they want to play football this season. However, they feel like the NFL has been silent for too long on the issue of COVID-19 safety.

It’s crazy to hear the NFL has yet to address major health and safety issues with training camp being 2 weeks away. We want to play football. Make it happen @NFL. Keep us safe!#WeWantToPlay

JJ Watt laid out everything the NFL Players don’t know at this point on his Twitter.

Once again in the interest of keeping everyone (players & fans) as informed as possible, here is an updated list of what we as players know and don’t know as the first group gets set to report to training camp tomorrow.#WeWantToPlay pic.twitter.com/xQcjs33zgM

What this could turn into

If the NFL doesn’t create a plan, the players could go on strike until there is one. That’s ESPN’s Jeremy Fowler said when he was asked about this situation.

Fowler spoke about the calls the Player’s Union has made to the NFL Players.

Also, Fowler mentioned what the players could do next to help move things along faster.

What this means for preseason and week One

The NFL already announced the Hall of Fame Game and two weeks of preseason games will be canceled. Now, according to ProFootballTalk.com, the rumor is the NFL is proposing a one-game preseason.

The NFL and NFL Player’s Association will be negotiating all week, and it seems like the Players won’t be backing down from their position.

It will be interesting to see what the NFL is willing to give in on in terms of scheduling. Also, the NFL is under a lot of pressure to come up with some kind of safety plan in a short amount of time.

Week one in the NFL is scheduled to kick off Sept. 10. 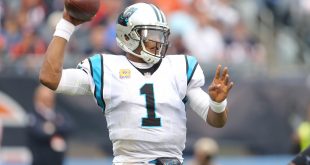