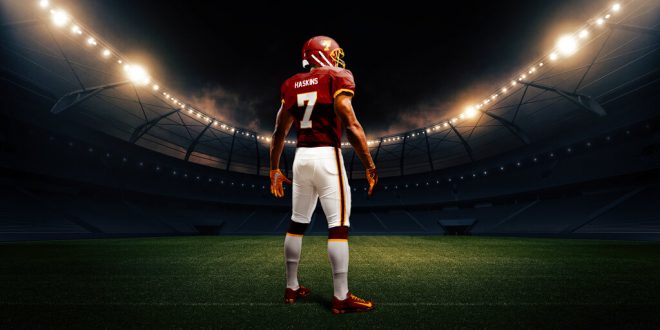 Redskins to be called the Washington Football Team

It has been a tough few weeks to be a fan of the old Washington Redskins.

After a bombshell report from the Washington Post outlining a toxic culture and sexual harassment, owner Dan Snyder and decision-makers within the organization were forced to reconsider the name of the team due to its racist history.

FedEx threatened to stop sponsoring the team and companies like Amazon, Walmart and Target have pulled apparel bearing the team’s imagery from their stores.

Many names have been rumored to replace the Redskins. A fan favorite is the Redtails in honor of the Tuskegee Airmen, a group of black military pilots who fought valiantly in World War II.

However, in order to do a thorough review and make a great choice, the leadership of Washington decided a placeholder was the best decision according to a statement from the team.

“The decision to use ‘Washington Football Team’ for this season allows the franchise the ability to undertake an in-depth branding process to properly include player, alumni, fan, community and sponsor input,” the statement reads.

Adam Schefter spoke about the reason for the slow approach. He said the team will use the time to speak with players, fans and sponsors to pick a new nickname that is not offensive to any group.

The team will not be changing their signature burgundy and gold colors. Additionally, the redskins logo on the helmet will be replaced with the players’ number in gold.