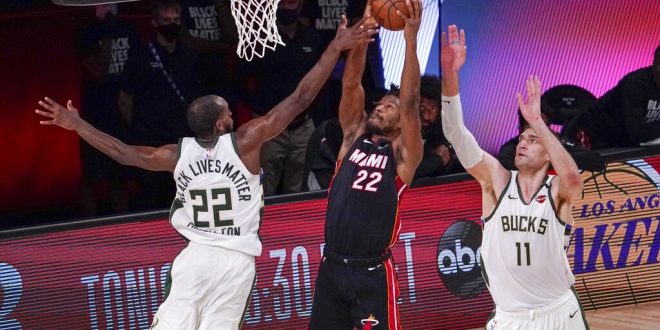 The Miami Heat will try to end the Eastern Conference semifinals series tonight against the Milwaukee Bucks. Milwaukee avoided a sweep and pushed for a game five with a 118-115 victory. Game five is set to start at 6:30 pm.

Miami dominated the series from the start with a double-digit victory against the Bucks. This victory was led by Heat shooting forward Jimmy Butler who scored 40 points.

Butler then locked a game two victory with two game-winning free-throws. The game was on the verge of going into overtime when a foul was called on Milwaukee’s Giannis Antetokounmpo against Butler by the end of the regulation. Butler went to the free-throw line and clinched Miami’s 2-0 series lead over the Bucks.

Miami struggled in the fourth quarter and during the overtime, combining only 27 points in the last 17 minutes of the game.

Tyler Herro scored three key shots from behind the arch, including a three-pointer that cut Milwaukee’s lead to one with three seconds left in the game.

Middleton then went to the free-throw line, where he made both shots, clinching the game four win.

Butler has been key to the success of Miami during this series. His 40 points in game one, game-clinching free-throws and 30 points in game three have led the way for a 3-0 advantage over the Bucks.

But after only shooting 6-of-15 from the floor on game four, Butler said that he and his team “did not deserve to win”.

He explained that the defeat was not the result of one bad play, but the outcome of several wrong decisions. He also acknowledged that they got too comfortable on the court.

Miami Heat head coach Erik Spoelstra is also focusing on redeeming themselves during game five. Spoelstra emphasized that he and his team are taking this series one game at a time, and hope to play better in game five.

The “Greek Freak” and reigning NBA MVP has shown struggles during the playoffs that have made Milwaukee’s fight even more difficult. Antetokounmpo set a career-low post-season scoring in game two, after finishing with just 18 points.

He also shot 12 free-throws but was only able to make four points from the line. His best performance in this series was in game three, where he ended with 21 points.

Antetokounmpo was questionable for game four after injuring his right ankle. He was cleared to suit up for the game, but a bad drive to the basket caused him to sprain his already injured ankle. After that, he exited the game and was not able to return.

Milwaukee head coach Mike Budenholzer announced that they are still not ruling out Antetokounmpo for game five. He also said that his team would be prepared to play without the Defensive Player of the Year, as everyone on the team is ready to compete.

Camila is a senior at the University of Florida, who served as a beat writer for the women's basketball team from 2019 until the 2021 season. She was also a beat writer for the Gators football team during the 2020 season. Camila is also WUFT's news director as well as a sports reporter/anchor.
@CamilaMaffuz
Previous Spurrier weighs in on historical College Football Season
Next Lightning Take Game One of Eastern Conference Finals 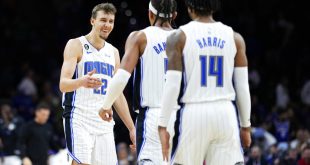