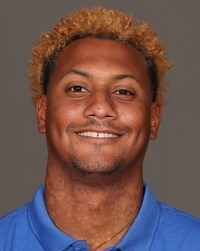 The Pouncey name isn’t a new name to the Florida Gators. The legacy will continue, even earlier than expected. Transfer redshirt junior Jordan Pouncey received word from the NCAA on Monday evening that he received immediate eligibility for the season.

Pouncey, a transfer from the University of Texas is a Florida native and entered the transfer portal last October. The wide receiver and his younger brother, Ethan Pouncey committed to the Gators in late December as a duo. Ethan, a  2020 four-star cornerback commit from Winter Park is currently out with an injury.

After the announcement on Monday, the Gators have received word on all of their eligibility request for the season.

Previously from the portal this offseason,  wide receiver Justin Shorter, defensive tackle Brenton Cox and running back Lorenzo Lingard were all approved and cleared to play this season from the NCAA.

In an already deep and proven wide-receiver core, Pouncey is an added bonus for the Gator offense. With an additional target for quarterback Kyle Trask, Pouncey could get in on the action.

The Gators have been spreading the ball around in their first two games. So far Kyle Trask, plus a few throws from Emory Jones, has collectively targeted 11 different receivers.

After losing four key receivers last year in the NFL draft, there were many question marks surrounding the UF receiving group. But, those question marks have been quickly diminished. The Gators have already notched 10 receiving touchdowns this season.

Previously for the Longhorns, Pouncey appeared in two games with 2 catches for 19 yards in his career up until this point.