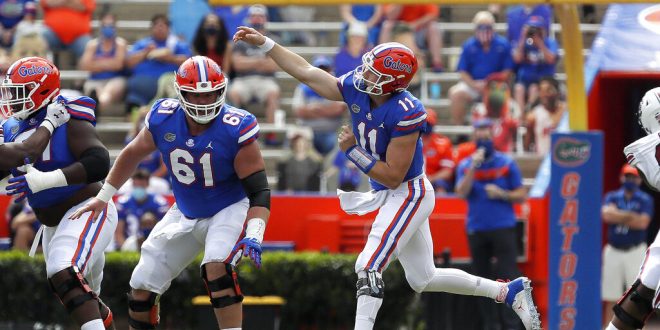 No.4 Florida will hit the road this week to take on No.21 Texas A&M.

The third week of SEC play will be huge for both teams as the season continues to progress.

Texas A&M clinched a close win in week one over Vanderbilt, 17-12, but couldn’t hang with the Crimson Tide during their week 2 match up. The Aggies are looking to rebound after a tough 52-24 loss against Alabama last week, pushing them to a 1-1 record.

This week’s game versus Florida will be a good test for Jimbo Fisher and the Aggies to see where his program is during his third year in College Station. The former Florida State head coach, who led the Seminoles to a National Championship in 2013,  finished 9-4 in his debut season and 8-5 last season. Expectations are high for Fisher this year, so Saturday will be vital for the Aggies.

In regards to Dan Mullen and the Gators, Fisher said Florida’s always had talent but this year especially they’re in really good shape.

The Gators, on the other hand, are off to a 2-0 start and look to stay undefeated. After a big 51-35 week one win over Ole Miss on the road week 1, Florida also got things done at home versus South Carolina in week 2. Their 38-24 victory over the Gamecocks was highlighted by TE Kyle Pitts two touchdowns and Kyle Trask’s four thrown touchdowns.

Head Coach Dan Mullen thinks the Aggies have a talented roster and will be a tough matchup this Saturday.

“Very, very talented players. They have a veteran quarterback, they have a bunch of really good skilled players offensively that can make plays in the passing game and the run game. Defensively, hands down the best defensive front we’ve seen. They’ve been a little banged up in the secondary but have really athletic guys and veteran linebackers, “Florida Head Coach Dan Mullen said.

Kickoff will start at noon and the game will air on ESPN. 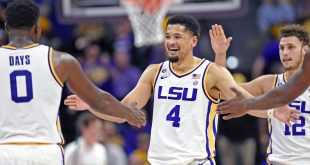