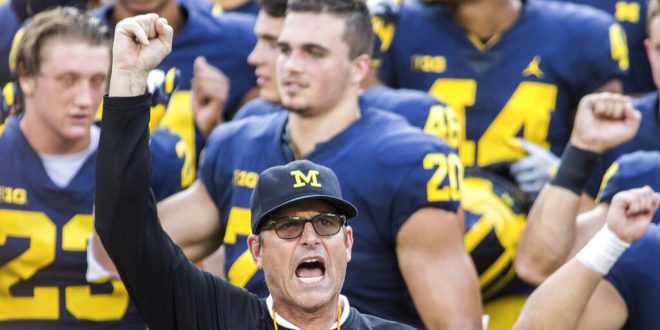 FILE - In this Aug. 26, 2018, file photo, Michigan head coach Jim Harbaugh leads his players and fans in singing "Hail to the Victors" after a practice session by the NCAA college football team at Michigan Stadium in Ann Arbor, Mich. Jim Harbaugh enters his sixth season as Michigan's coach with just two years left on his contract, adding another layer of interest in the 18th-ranked Wolverines as they kick off the season this week at No. 21 Minnesota.(AP Photo/Tony Ding, File)

After a long and weird offseason that many thought would never end, No. 18 Michigan will open their 2020 season against the No. 21 Minnesota Golden Gophers Saturday night in Minneapolis.

This will be the 104th meeting between the Big Ten rivals and the 97th time that both football programs will compete for the Little Brown Jug. 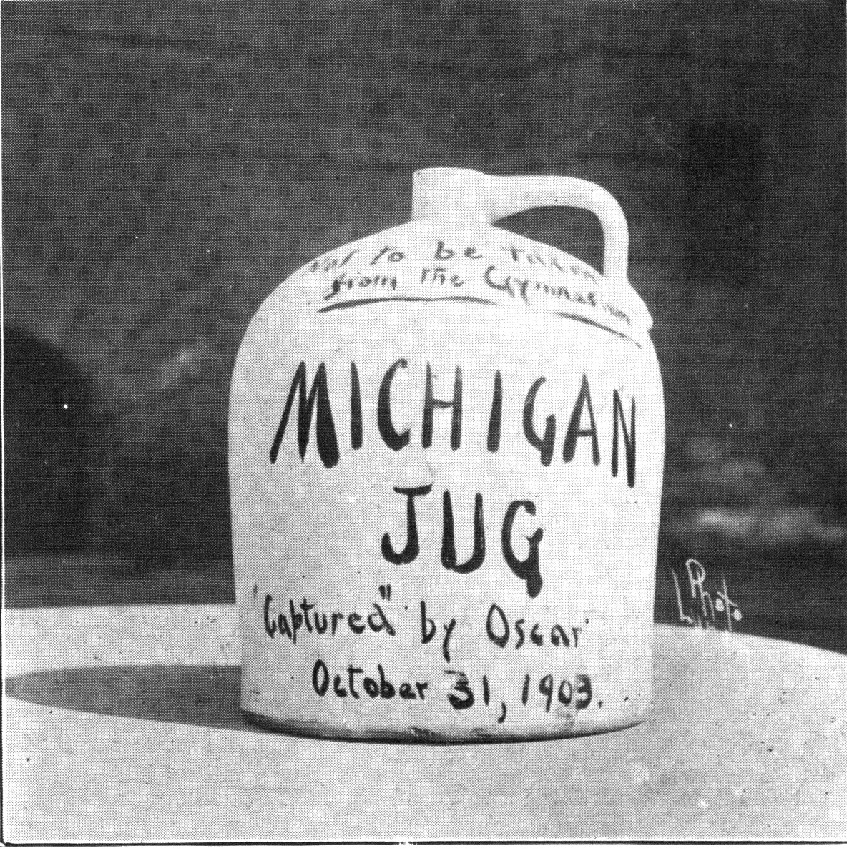 Both the Wolverines and Gophers have hopes of kicking off the season 1-0 and, ultimately, winning their respective divisions. Thus, a dominant performance in the season opener of an abbreviated, conference-only schedule is critical.

There’s a bright spotlight that comes with being QB1 at the University of Michigan. Yet, the starting quarterback position remains a mystery despite the season opener being days away.

All signs point to redshirt sophomore Joe Milton claiming the spot but, head coach Jim Harbaugh will not prematurely announce any starter due to COVID-related uncertainties.

Jim Harbaugh on QB Joe Milton: “Joe’s been running with the 1s.”

He says COVID-19 testing could change any starter’s status, so he won’t announce if Milton is the starter.

In conversations with media personnel, Harbaugh continues to reference redshirt freshman Cade McNamara despite the consensus being that Milton is ready and willing to take over as the Wolverines’ signal-caller.

Harbaugh revealed the seven players selected as captains for the 2020 season Monday night on the “Inside Michigan Football” radio show and it’s the most Michigan’s football program has ever had.

Kemp, who started 25 games during his Michigan career,  is entering his second season as a team captain while the remaining six are all new to the role.

The biggest concern for the Wolverines as they head into the season is, arguably, at cornerback.

Michigan will be replacing both starting corners from the previous season as Lavert Hill (graduation) and Ambry Thomas (opt-out) are gone.

Vincent Gray has claimed his position as the Wolverines’ top cornerback but the other starting corner still has not been decided. The 4-way battle rages on and in the fight for the spot are:

Harbaugh named all four as possibilities to fill the remaining role.

With non-conference games off the table, the pressure to win every game is on. The presence of COVID-19 looming does not make things easier.

Despite that, Harbaugh says the team has been “virus strong” by sticking together and keeping one another safe and healthy.

Both teams will kick off at 7:30 p.m. from the TCF Bank Stadium where ESPN’s “College Gameday” is scheduled to be in attendance.

It’s a rival matchup you don’t want to miss.