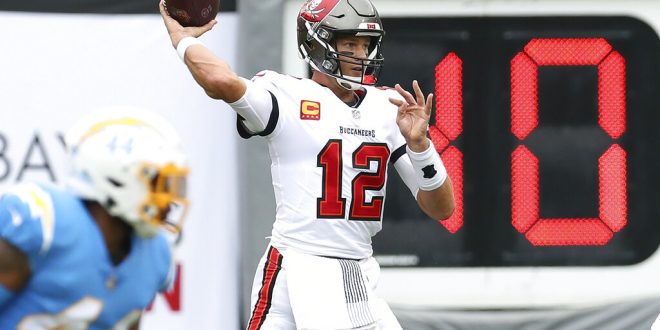 It’s week seven of the NFL season and the identity of teams around the league is becoming clear. The Raiders made a statement in week five by handing the Chiefs their first loss in 13 games. Tom Brady and the Bucs are also coming off a convincing win over the Packers that should quiet doubters.

Raiders should be fresh

Never let off the gas.

Spend the bye rewatching the highs from Week 5 on Sounds of the Game » https://t.co/GbsEhXrPcc pic.twitter.com/lNTJIn4CCs

Las Vegas has had a tough schedule to start the season. However, with wins over the Saints and Chiefs, the 3-2 record seems even more impressive.

After the dominating performance over the Chiefs, the Raiders had a week-six bye. With time to prepare, Derek Carr and the Raiders offense hope to continue clicking.

A big part of that has to do with rookie wideout Henry Ruggs III, who has blazing speed. Getting him involved early changes a defenses approach entirely. In week five, he only hauled in two catches. However, those two catches went for 118 yards and a score.  That type of game-breaking ability forces defenses to play safe.

Once the defense is worried about the deep ball, the run game can open up. The Raiders picked up 144 yards on the ground against the defending champions. Against the Bucs, it won’t be as easy rack up rushing yards.

There are few things harder to do in the NFL this year than run against the Bucs. Tampa leads the league by allowing only 64 rushing yards per game. Shutting down the run opens up everything for this talented defense.

With 11 takeaways, tied for second, this is an opportunistic defense has capitalized and given Brady short fields to work with. Last week, the Buccaneers intercepted Aaron Rodgers twice, one for a touchdown and one returned inside the five.

When Rob Gronkowski announced he was coming out of retirement, many expected Brady throwing to Gronk in Tampa would lead to plenty of canons being fired. Instead, he has been kept quiet, until last week.

Gronkowski hauled in 5 catches for 78 yards and a touchdown. He was Brady’s go-to player for the first time this season. If Gronk reestablishes himself as an elite tight end, then the rest of the league is in trouble. 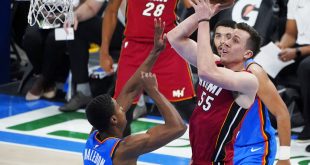