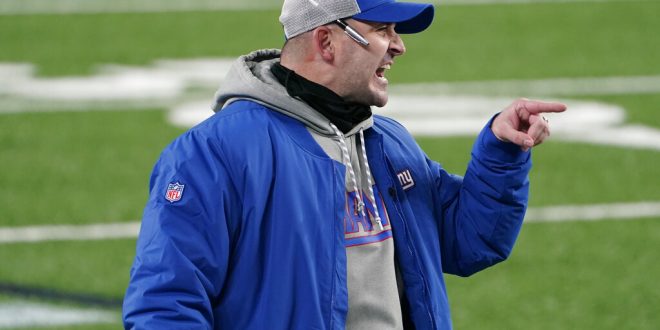 After Monday night’s loss against the Tampa Bay Buccaneers, The New York Giants stand 4th in the NFC East with seven losses.  With only one win locked in this season, New York Giants head coach Joe Judge is hopeful that his team will continue to move in the right direction.

Monday night the NY Giants ended in defeat against the Buccaneers, leaving them with a 1-7 record. The only win the Giants have been able to secure was in week 6 against Washington.

Postgame reactions after loss to Bucs

Next week, the Giants are looking to take on Washington again in hopes of obtaining another win.

First season Head Coach Joe Judge says New York deserves better, and this is why he, coaching staff and players will come together to improve collectively as a team.

“We have to overcome some mistakes. We have to improve collectively as a coaching staff and as a team to keep giving ourselves the best chance to be successful on team.”

“I see a lot of improvement. I am proud of the way our guys are working day by day, sticking together. We have a really good foundation and culture being build in this building right now. We have a lot of really good guys to build with thing for the long term.”

This weekend, the Giants will be hoping to step up their game including, that of quarterback Daniel Jones. Against the Bucs, Jones handed over 2 interceptions that resulted in the Bucs collecting 10 points. Despite this, Judge remains confident in his quarterback and says he will continue to improve those players around him.