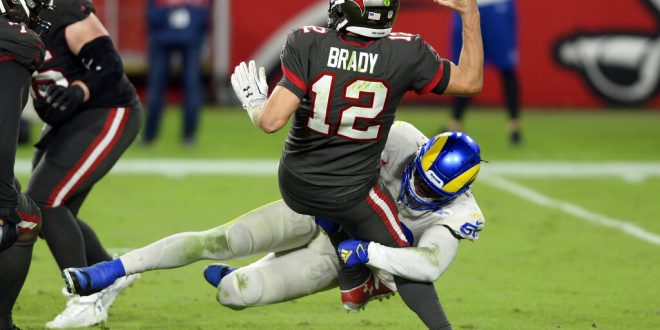 There are very few things in life that are as synonymous as Thanksgiving and NFL football.

Not many regular season NFL games garner as much attention as the ones played during Thanksgiving weekend.

And this year will be no different, pandemic and all.

Fans can expect to get their fill of family, food and football as the NFL gears up to serve a triple header for the holiday.

While excitement for Thursday’s full slate is to be expected, Sunday’s schedule is also  amassing attention across the league.

There’s nothing like catching yet another glimpse at the Brady-Mahomes rivalry to cap off Thanksgiving weekend.

What You Need To Know: Kansas City Chiefs

Well. That was a rollercoaster. Massive win. It’s Thanksgiving soon & I will mostly be giving thanks for Patrick Lavon Mahomes.

How are you feeling #ChiefsKingdom?

One
Minute
15
Seconds
One Time Out.

Any question who the @nfl mvp is to this point? #ChiefsKingdom #Mahomes pic.twitter.com/vL77xrDAj8

Sean McVay after being reminded he's 32-0 when leading at halftime: "You guys have got to stop saying that. Don't jinx us. Don't say it anymore."

Bruce Arians says he's comfortable with CB Ross Cockrell if CB Jamel Dean (concussion) is unable to play in Week 12. What Arians was not comfortable with was the tackling in the secondary on Monday night.

As the race to the playoff heats up, Week 12 will mean a whole lot more to these two teams than merely playing football on Thanksgiving weekend.

"We're going to have to play really, really well against a great football team next week." pic.twitter.com/sVWR0eWibN