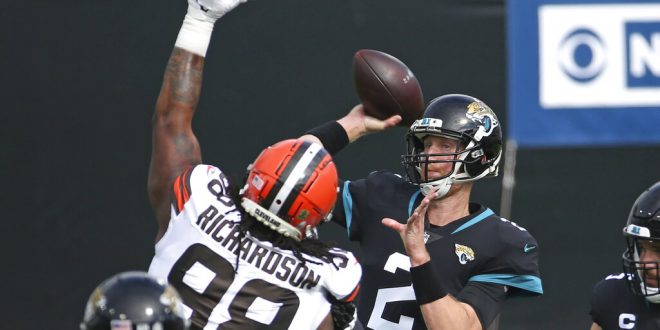 The (1-9) Jacksonville Jaguars welcomed the (7-3) Cleveland Browns for a much needed win in TIAA Bank Field. With a chance to tie the game at the end of the fourth, the Jaguars dropped their tenth straight, 27-25.

Jacksonville got the first score of the game with a 54-yard bomb from kicker Aldrick Rosas. However, Baker Mayfield and the Browns responded with a touchdown of their own on the following drive.

With a chance to take the lead in the red zone, the Jaguars offense failed to get it done. Rosas returned to keep the Jaguars in the game with a 24-yard field goal, 7-6.

The Browns mimicked the Jaguars in the red zone, falling short of touchdown. However, kicker Cody Parkey furthered the Cleveland lead 10-6 with a 24-yard field goal.

Jacksonville’s Mike Glennon regained the lead for the Jaguars with a 46-yard touchdown pass to rookie Collin Johnson.

The Browns got the last word of the first half with a nine-yard touchdown pass from Mayfield to Austin Hooper. Cleveland held a 17-13 lead heading into the half.

Jacksonville linebacker Joe Schobert opened up the second half with a forced fumble setting up the Jaguars offense at the 30-yard line.

Glennon found tight end Tyler Eifert in the end zone for a two-yard touchdown pass. After a failed two-point conversation, the Jaguars took a 19-17 lead.

Parkey regained the Browns lead with a 45-yard field goal, putting Cleveland up 20-19.

With just over two minutes remaining in the game, Jacksonville found the end zone with a chance to tie the game. Another failed two-point conversion secured the Browns’ 27-25 victory.

Glennon Gets the Start for the Jaguars

After two weeks of testing the waters with rookie Jake Luton, Marrone officially announced the veteran would get the start against the Browns.

Glennon might have been what the Jaguars’ offense needed. The quarterback went 20-35 for 235 yards and two touchdowns against Cleveland.

The Return of Baker Mayfield

Mayfield and the Browns are in the making of rewriting the Cleveland record books. The Browns haven’t won more than seven games in a single season since 2007 when they went 10-6.

Despite the success of this Cleveland team, Mayfield struggled in the Browns’ past three outings. Mayfield hadn’t scored a touchdown in his past three games, but put on a show against the Jaguars.

Mayfield went 19-29 for 258 yards and two touchdowns against Jacksonville.

In addition, Landry looked his former self. Landry scored his first touchdown of the season and recorded 143 receiving yards on eight receptions.

Jacksonville looks ahead to a meeting with the Minnesota Vikings in Week 13. While the Browns take a trip to the Tennessee Titans. 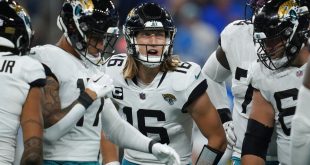