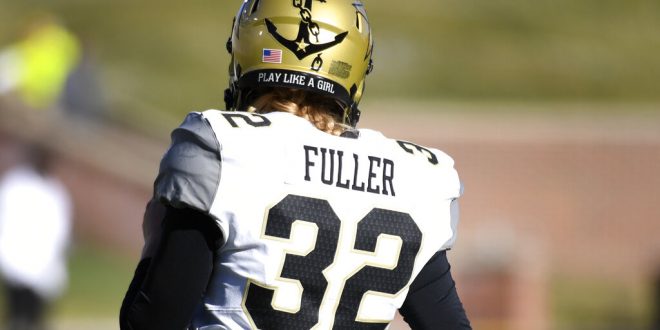 The Vanderbilt football team made history in Saturday’s game against Missouri with kicker Sarah Fuller. Head coach Derek Mason was fired the following day after the Commodores recorded their eighth straight loss.

On Saturday, Fuller became the first female to play in a Power 5 football game. Fuller is the senior goalkeeper on Vanderbilt’s SEC championship soccer team. Fuller entered the game for the second half kickoff. She delivered a squib kick with Vanderbilt down 24.

Vanderbilt went on the lose the game 41-0, but Fuller said, “Honestly, it’s just so exciting.” Fuller spoke about inspiring girls in sports.

Fuller also said that she wasn’t nervous when entering the game. “The SEC [soccer] championship was more stressful if I’m gonna be honest.”

Fuller wants to remain on the team

After making history, she plans to stay a part of the team, Fuller said on a zoom call on Sunday. Fuller said, “I’m sticking around until someone tells me to go.”

Fuller did more than just kick for Vanderbilt in the game against Missouri. She also delivered a halftime speech to the team pumping them up for the second half. Fuller noticed how quiet everyone was on the sideline and contrasted it to her soccer team in the SEC Championship.

I just got off a Zoom call with Vanderbilt kicker Sarah Fuller, who detailed the halftime speech she gave and the reception it received.

"I had coaches come up to me and say 'I’ve been wanting to say that for awhile now,'" Fuller said. pic.twitter.com/AjoEEjJbeh

Starting the 2020 season 0-8, Vanderbilt is looking down the barrel of their first winless season in history. In the 117 years of the program, Vanderbilt has always won a game in a given season.

Mason had a 27-55 record and was the sixth winningest coach in program history during his six seasons as Vanderbilt’s coach. Mason, 51, is only the second coach to lead Vanderbilt to two bowl games.

In a statement on Twitter, Mason wrote, “It has truly been my honor to have been given the opportunity to teach, mentor, champion and coach hundreds of Vanderbilt young men and one courageous female.”

As a result of the firing, offensive coordinator Todd Fitch will serve as interim coach. Vanderbilt will begin a coach search immediately. The Commodores next play Georgia on Saturday.

Jensen Young is a journalism student at the University of Florida. He works as a sports writer for WRUF.com and is the voice of trendings on Wednesday mornings on the WRUF radio station.
@Jensen_Young9
Previous Gators, Sooners men’s basketball matchup cancelled
Next AFC Playoff Picture Heating Up After Week 12 Action