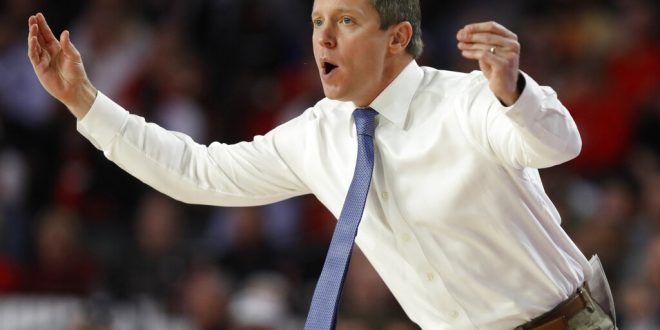 Once again, the Florida Gators will start their season in “Bubbleville” up in Mohegan, Connecticut. Like originally planned, the Gators will play two teams in “Bubbleville” before heading back to Gainesville. Army and Boston College are the two new opponents for Florida.

If the schedule had gone as originally planned, the Gators would have already finished up their games in Mohegan. They would have played Maine and Virginia and would be heading over to Oklahoma for a game on Dec. 2. Then, UMass Lowell replaces Maine. Then, Florida gets COVID, and that game, along with the one against Virginia gets canceled. Not before long, the Florida-Oklahoma game is called off–until next season. It seemed the Gators wouldn’t start their season until their home game against Stetson.

This is what the college basketball season could look like throughout. Florida head coach Mike White said coaches will be in touch about finding game to play so they have the closest thing to full season as possible. That being said, there has to be a balance that doesn’t hurt the players and keeps everyone safe.

The Gators will need to do their best to stay prepared.

Not anymore. The Gators head “Bubbleville” after all, and they still play on Dec. 2.

Call In the Army

The Gators start their season against the Army Black Knights. Army’s game against Florida is currently its last scheduled non-conference game. In case you did not know, Army plays in the rather fitting Patriot League for basketball.

Army is off to a 3-0 start this season, picking up wins against Merchant Marine, Central Connecticut and Buffalo. Now, these aren’t big names but give Army credit. Buffalo has been making the tournament recently, and they beat the other two opponents by 22 points and 61 points. Obviously, Florida is the favorite–they have a 93.3 percent chance to win according ESPN’s Basketball Power Index. That doesn’t mean Army can’t try to make it a little competitive.

Here, At Last, for Sure This Time, Come the Gators

The Gators come into the game having dealt with positive COVID cases on the team. Forward Keyontae Johnson said the team has handle the situation well.

Then there is the issue of conditioning. Army is warmed up after three games, while Florida hasn’t played yet. On top of that, they have been starting and stopping practices for one reason or another. Johnson recognizes that it can be an issue, but doesn’t think it’s the teams downfall.

Here, the Gators get to finally show off its new, faster style of play. There will be some familiar faces, including the likes of Johnson, Scottie Lewis and Noah Locke. They will be without center Andrew Nembhard, who transferred to Gonzaga. However, some young faces look to fill those shoes.

Alex Klatsky, who didn’t see action last year, said he’s ready to step up, and he’ll be joined by fellow New Jersey native Niels Lanes looking to make an impact. Perhaps they can create a trio, along with Scottie Lewis, create a “key three” Jersey squad for the Gators. They all know each other after all. Lastly, the Gators have an incoming four-star recruit in Samson Ruzhentsev.

Harrison is a sports coordinator at ESPN 98.1 FM/850 AM WRUF. He served as a beat writer for Florida Gators football for the 2019 and 2020 seasons. He also contributes to WRUF's Gainesville Sports Center segments and makes appearances on the Clash on Harp on Sports. Harrison has been a content writer for WRUF since January 2019 as well.
@HarrisonSmaj
Previous The Rivalry Continues: Gators vs. FSU Women’s Basketball
Next Champions Classic Hosts Big Matchups