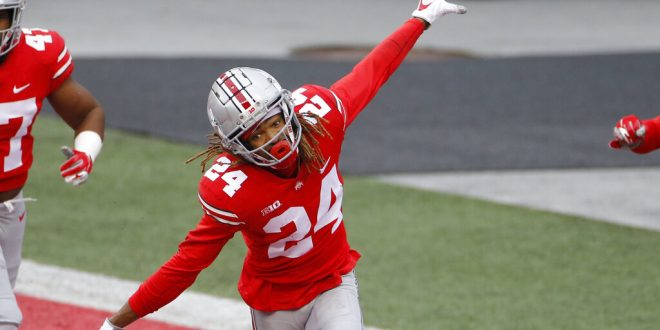 Ohio State faces Michigan State this weekend, but the game’s status is up in the air. The Buckeyes are currently dealing with a COVID-19 outbreak. Canceling the game could derail their championship aspirations.

No game against Illinois for Buckeyes

The Buckeyes canceled their game against Illinois last weekend the night before kickoff due to an increase in cases. This wasn’t the first time this season Ohio State had to cancel a game due to a COVID-19 outbreak. Maryland canceled its game against the Buckeyes because the Terrapins had an outbreak on their team.

The team paused all football activities. According to head coach Ryan Day, it is possible to play the game if Ohio State can return to practice by Thursday.

According to ESPN, the Buckeyes had an increase in cases starting on Wednesday. After more results came back on Friday, Ohio State’s positivity rate surpassed the threshold set by the Big Ten. Day also tested positive for COVID-19.

How does this affect the Big Ten and the College Football Playoff?

It would not affect the Buckeyes’ eligibility for the College Football Playoff. The committee has not created a rule specifying how many games a team has to play. However, winning the Big Ten helps Ohio State’s chances of making the CFP. The committee ranked the Buckeyes as the fourth-best team in the country last week.

They did qualify for the CFP in 2016 without winning the Big Ten Championship Game. Ohio State was shut out 31-0 by No. 2 Clemson in the semifinals that year.

Ohio State only has two games left on its schedule. The Buckeyes face Michigan State on Dec. 5 and Michigan on Dec. 12. They would have to play both games in order to remain eligible for the Big Ten Championship Game.

Wisconsin is already ineligible for the game after having multiple games canceled.