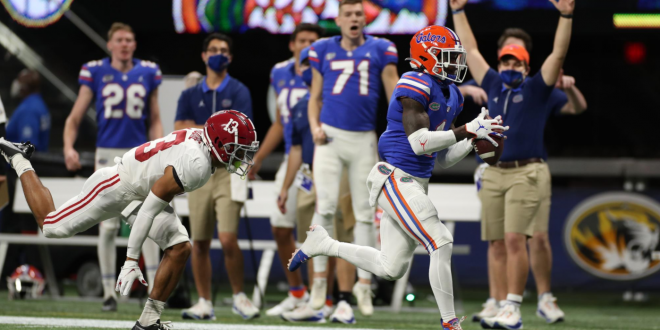 Our final Associated Press votes had to be in an hour after the end of Monday night’s national title game. I sent mine in as soon as Alabama went past the 50-mark.

It was a magnificent performance to a magnificent but trying year. Is this the best team of all time? Or was last year’s LSU team? And how did Florida give both of those teams their most difficult games?

These are all questions I will answer when I add a new column to the WRUF.com website. The Front Nine will debut on Friday and will feature looks ahead to the weekend plus some trivia and other nuggets.

But as we put this strange, sometimes painful college football season behind us, here is the final ballot I turned in. It’s likely my last vote because AP only allows AP members to vote and now that I am not at the newspaper, that’s gone. But it was a great five years (or was it four? Like I can remember anything) and I took every vote seriously.

To be honest, I had Florida lower, but after watching Alabama dismantle both playoff opponents, it was pretty obvious that the Gators at full strength were a lot closer to the Tide than most teams.

On Thursday, Pac-12 conference announced that George Kliavkoff will Replace Larry Scott as the New …