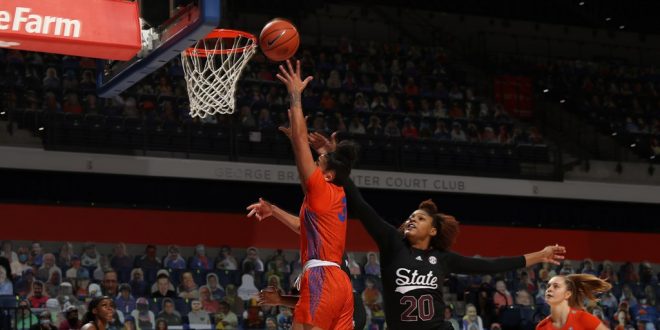 With a win Sunday against Ole Miss, the Gators Women’s Basketball team have won two games in a row. Thursday, Florida looks to parlay back-to-back wins into a three-game winning streak. The Gators will host the Missouri Tigers at Exactech Arena. The (5-5) Tigers are on a two-game losing streak, coming off a narrow defeat to Texas A&M.

An opportunity is at stake for the Gators on Thursday. Winning back-to-games, the Gators have the opportunity to go on a three-game win streak for just the second time this season. At (9-6), everything is still at hand for Florida. Currently, Cam Newbauer’s team sits at No. 54 in the NCAA NET Rankings (metric used to select teams for the NCAA Tournament). While Missouri is not a Quadrant 1 win, they are battle-tested, going toe-to-toe with the No. 8 ranked team in the AP Poll this past Sunday. If the Gators want to make their first NCAA Tournament since 2016, this is a game they must win.

If Florida wins Thursday, it will be fueled by star guard Lavender Briggs. The sophomore is making a strong case for SEC Player of the Year, averaging 19.2 points a game. Yet, the Tigers posses a stout defense that will challenge the Utah native. Missouri is holding their opponents to 66 points per game. Additionally, guard Shug Dickson and Mama Dembele are averaging 1.2 steals per game. It is safe to assume the Tigers will use these defenders to try and get the ball out of Briggs hands early.

But, there’s more to the Gators than Lavender Briggs. Florida possesses arguably one of the best defenders in the conference with Kiara Smith. The redshirt senior is doing it all for the Gators this year, averaging 2.5 steals per game along with 16.5 points per game. Florida’s dynamic duo will look to fuel them to a victory.

The Florida Gators Women’s Basketball play the Missouri Tigers Thursday, looking to be 10-6 on the season. The Gators have a gauntlet coming up, with ranked opponents in Tennessee and Kentucky on the schedule for next week. Florida will continue its quest to make its first NCAA Tournament in the Cam Newbauer era.

To see stats for the Missouri Tigers, click here.

Sam Petosa is a Journalism major pursuing a Specialization in Sports and Media at UF. The South Florida native produces daily shows for WRUF, including "Sport Scene with Steve Russell, and "The Tailgate." In addition, Sam provides weekly sports updates for WUFT News and radio Sportscenter's for WRUF radio. Sam has been a writer at ESPN Gainesville since January 2020.
@sampetosa5
Previous Orlando Magic fall short against the Sacramento Kings
Next Texans Hire New Coach; Watson Asks to be Traded 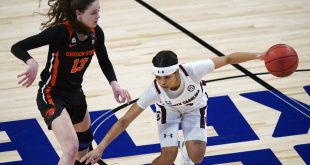 After a wild opening weekend filled with close games and upsets, the NCAA Women’s Basketball …