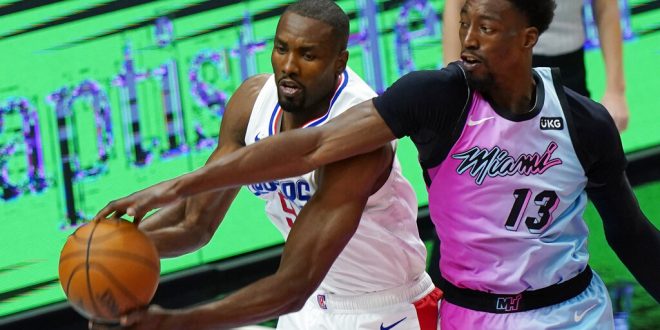 The return of Tyler Herro helped the Heat jump to an early 18-point lead, but the absence of seven other players hurt the already-depleted Miami roster. Most notably, Jimmy Butler was ruled out for the 10th consecutive game due to virus health and safety protocols. Avery Bradley, Goran Dragic, Moe Harkless, Meyers Leonard, Chris Silva and Andre Iguodala were also all ruled out due to injury.

#LACvsMIA UPDATE: Butler (health and safety protocols), Dragic (groin) and Herro (neck) are all listed as questionable for tonight's 8pm game vs the Clippers.

Leonard (shoulder), Harkless (groin) and Silva (hip) have been ruled out. https://t.co/nLyZdwg9kG

Miami got off to a quick start by scoring 33 points in the first quarter. Miami lost its momentum in the second quarter, scoring just 17 points. The Heat only led by two going into the half. The Clippers shut down the Heat in the third quarter by going on a 20-2 run to build a 19-point lead.

There was still hope for Miami to break its losing streak up until the final seconds. The Clippers called a timeout with no timeouts reaming, forcing a technical foul and a turnover. Herro made the free throw and Adebayo made a dunk, bringing the game within reach for Miami.

Despite the disappointing loss, Herro said he was glad just to be on the court again.

“It Felt Amazing…To Just Get Back Out There With My Teammates,” Herro said during the postgame press conference.