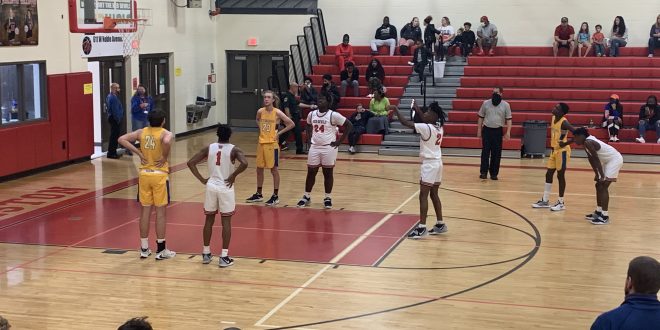 In collaboration with Jolie Katzen

The Williston boys basketball team (13-4) won convincingly Thursday night by a score of 74-29 over Crystal River.

This game had one lead change. Crystal River scored the first two points. The Red Devils would score the next nine.

Midway through the quarter, Williston was up 11-5. Head Coach Jim Ervin made a platoon swap, subbing in a whole new five. The second team would go on to score five more points.

At the end of one, Williston led 16-5. The team was taking advantage of errant passes from their opponent which led to countless fast breaks.

The Pirates showed some promise. After being down by 11, Crystal River opened the quarter on a 12-5 run taking advantage of missed shots on the other end.

The Red Devils couldn’t seem to buy a bucket in the first five minutes of the quarter.

The Pirates were able to bring it as close to four with 3 minutes before the half.

That’s when the entire game changed.

Up 21-17 late in the second, the Red Devils began to distance themselves from the Pirates by hitting threes on back-to-back possessions.

In one particular play, Red Devil senior guard Keith Mcguire stole the ball and put it behind his back before finishing a layup.

A Different Kind of Pressure

Williston led by 12 points at the half. They would end the game, winning by 45.

Early in the third quarter, the Red Devils intensified their defense with a  man-to-man full-court press that really rocked the Pirates. Williston went on a 12-2 run within the first two minutes of the quarter. Crystal River wouldn’t score again until the fourth.

Down 30 with 3:50 left in the third, the Pirates cleared their bench.

The fourth quarter was sloppy, scoring 10 and giving up 6, but the game was already well in hand.

Something changed at halftime.

“They got a chewing they’ll never forget,” said Ervin.

Williston, who were up 12 at the half, didn’t have to score in the second half as they held Crystal River to only eight points.

“We hadn’t played in two weeks,” said Ervin, “and I let them know at the half.”

“We want to go to Lakeland,” said Mcguire, who finished with 24 points.

The Florida High School Athletic Association holds the final four of the state tournament in Lakeland. Williston was bounced in the regional semifinals last year.

The Red Devils play again Friday night in an away game against North Marion that was rescheduled from Wednesday.

Trey is a third year sports media major at the University of Florida, and a WRUF reporter.
@@treyboogie5
Previous Bucs locked in for Super Bowl 55
Next Pat Dooley’s Front Nine: February 5, 2021 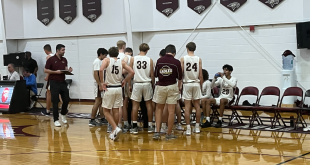