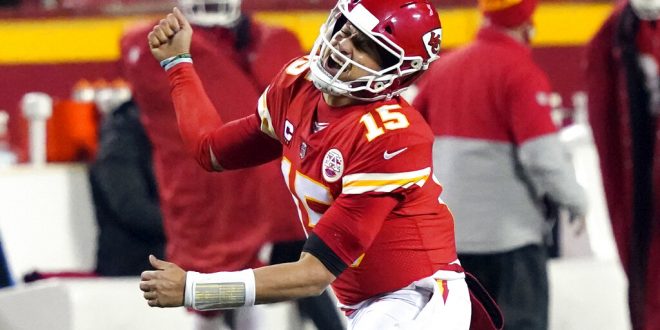 FILE - In this Sunday, Jan. 24, 2021, file photo, Kansas City Chiefs quarterback Patrick Mahomes celebrates after throwing a 5-yard touchdown pass to tight end Travis Kelce during the second half of the AFC championship NFL football game against the Buffalo Bills in Kansas City, Mo. The Super Bowl matchup features the most accomplished quarterback ever to play the game who is still thriving at age 43 in Brady against the young gun who is rewriting record books at age 25. (AP Photo/Jeff Roberson, File)

Super Bowl LV–a story of old versus new. The greatest quarterback of all time against the greatest of this time. Tampa versus Kansas City. The Buccaneers put all they had into signing Tom Brady, and it paid off. They defeated the Kansas City Chiefs 31-9, winning their second franchise Super Bowl.

You almost had it

The Chiefs failed to secure their “Run it Back” campaign losing Super Bowl LV. Their attempt for back-to-back championships obliterated by Brady and the Buccs. From the start of the game, the Chiefs came out with a 3-0 lead. But, that was the only time they would. From then on, it was an uphill battle as Tampa added to their lead. Perhaps the culprit for Kansas City’s loss were penalties. Penalties killed the defense. Kansas City acquired nine penalties continually putting the Buccs in great position to up the scoreboard.

Mahomes couldn’t do it all

Patrick Mahomes did everything he could for the Chiefs. Statistically, his numbers indicate he played poorly completing 26-of-49 attempts. Add the no touchdowns and two interceptions, this may have been Mahomes worst outing of the season. Yet, he was the reasons the Chiefs had a shot in the fourth quarter.

Mahomes threw some of the most elaborate incomplete passes in Sunday’s game. Nonetheless, The inability to connect with receivers is what hurt Kansas City the most. Additionally, the strong pass rush led Shaquil Barrett and Jason-Pierre Paul managed three sacks on Mahomes. He spent most of his life running out of the pocket sprinting to a hopeful first down. According to NextGenStats, Mahomes ran 497 yards before being sacked or throwing, the most scramble yards since 2016.

Chiefs will be back

The Kansas City is far from done. Sunday’s loss may leave a bad taste in the mouth for the players temporarily. However, an out-of-character loss doesn’t take away from a 44-12 (playoffs included) in three seasons. They will be back in pursuit of the Vince Lombardi trophy soon enough. 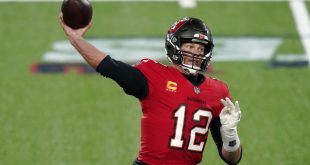 Run it back. That, has been the motto of the Tampa Bay Buccaneers since winning …