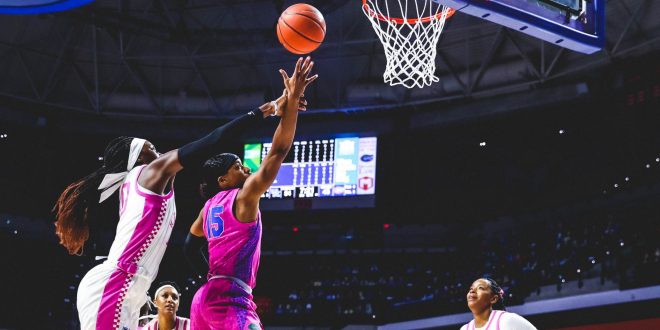 It was the Gators annual Play4Kay game which was created in honor of coach Kay Yow who was diagnosed with breast cancer in 1987.

In the first quarter, the Wildcats take the first lead of the game with Chasity Patterson scoring a 3-pointer assist by Jazmine Massengill. The Wildcats then scored again with a 3-pointer by Rhyne Howard making the score 6-0.

With the 2nd quarter underway, the Gators take their first and only lead of the game with a 3-pointer by Danielle Rainey making the score 22-21.

The Gators keep their lead throughout with a score of 42-41 until the end of the second with 1:36 left in the game, Blair Green makes a jump shot making the score 43-42 giving the Wildcats the lead again and ending the quarter 47-42 heading into halftime.

Heading into the 3rd quarter the Gators continue to fight with a free throw by Kiara Smith, still behind 47-43. The Gators put up 16 more points and it’s not enough as the Wildcats continue to lead with a final score of 70-59 at the end of the 3rd.

The Gators continue to push in the 4th quarter but fall short with a final score of 88-80.

No let up in this group ✊ pic.twitter.com/pzLNZBHePr

“I like that we kept fighting. I’m really proud of our ladies today for how they fought and competed today in this game,” Said Head Coach Cam Newbauer.

Gators’ sophomore guard Lavender Briggs will be out for the rest of the season with a foot injury.

The Gators look to get back on track against Alabama Crimson Tide (13-6) on Thursday with the game scheduled to start at 6 p.m.

Previous NBA Moves Ahead With All-Star Game Despite Some Player’s Reluctance
Next South Carolina Faces No. 19 Vols 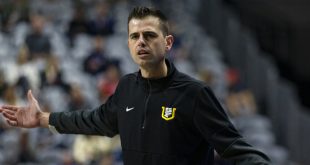