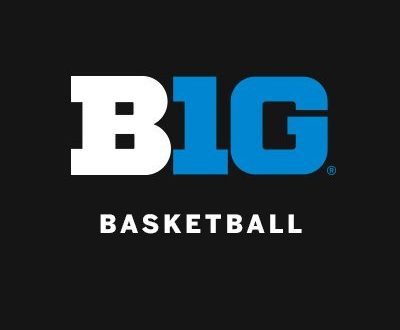 There are some big games Thursday night in the Big Ten that could have serious implications on the 2021 NCAA Tournament. The marquee matchup is a battle of two Top-10 ranked teams, as the Michigan Wolverines take on the Iowa Hawkeyes. This isn’t the only intriguing game in the Big Ten on Thursday, as sixth-ranked Illinois will face Nebraska and fourth-ranked Ohio State is set to square off with Michigan State.

The premier matchup of the night will be taking place in Ann Arbor, Michigan, as the Hawkeyes (17-6, 11-5) travel to attempt to take down the Wolverines (16-1, 11-1). This game is set to be a high-scoring affair with the over-under all the way at 154.5. Iowa’s offense averages 86.4 points per game, the most in the conference. Michigan isn’t far behind, putting up 79.2 points per contest, good for third in the Big Ten.

The Hawkeye attack is led by Luka Garza. The senior center is averaging a nation-leading 24.7 points per game. He has seven games this season of 30 or more points, which puts him some exclusive Big Ten company.

His 12 career 30-point games are the most by a Big Ten player over that span. pic.twitter.com/RpTFS6B182

Garza also broke the all-time Hawkeye scoring record in his last game against Penn State. He is averaging 56.0 percent from the floor this season and a blistering 44 percent from beyond the arc.

The Wolverines may not be able to stop Garza, but they have a weapon of their own in center Hunter Dickinson. The 7-foot-1-inch tall freshman averages 15 points and eight rebounds per game and has won Big Ten freshman of the week seven times.

This battle of the giants is set to tip off at 7 p.m. and will be broadcasted live on ESPN.

No. 6 Illinois vs Nebraska

The sixth-ranked Fighting Illini (16-6, 12-4) will look to get back on track Thursday as they host the Cornhuskers of Nebraska (5-16, 1-13). Illinois is coming off an upset loss to unranked Michigan State. The loss hurt more ways than one as well as Illinois’ leading scorer Ayo Dosunmu suffered a facial injury and is out indefinitely. The Illini will have to figure out a way to replace Dosunmu’s 21 points per game.

Nebraska, meanwhile, has struggled mightily this season. They have notched just one conference win and have lost 13 of their last 14 games. This will be a good chance for Illinois to get back on track and figure out what its offense will look like without its top scorer.

The game will tip off at 7 p.m. and will be broadcasted live on Big Ten Network

No. 4 Ohio State vs Michigan State

The fourth-ranked Buckeyes (18-5, 12-5) will try to bounce back from their loss to Michigan against the Spartans (12-9, 6-9). The Buckeyes are led by forward E.J. Liddell. The sophomore is averaging 15.9 points per game, good for eighth in the conference. Liddell dropped 20 points the first time these two teams played back in January, with Ohio State taking the 79-62 victory.

If the Spartans are going to pull off the upset, they will have to lean on Aaron Henry. The junior forward is averaging 15.2 points and 3.5 assists per game.

Ohio State head coach Chris Holtmann had some high praise for his opponent, saying they have overcome their struggles from earlier in the year and are playing like a top-10 team right now.

The game will tip off at 9 p.m. and be broadcasted live on ESPN following Iowa vs Michigan. 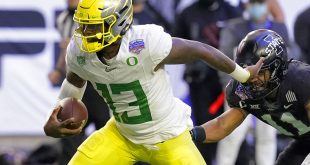