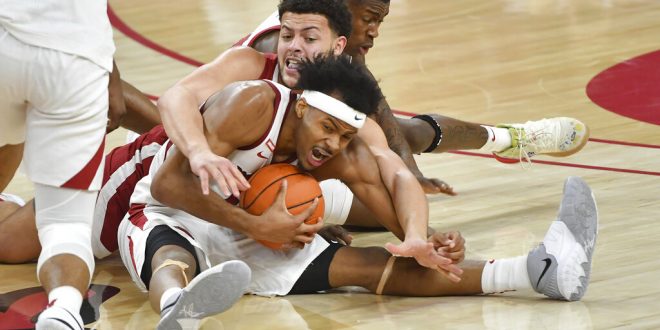 In the matchup, Arkansas will be looking for their seventh straight win and tenth straight in-conference victory. The game will also be the Razorbacks last road trip of the year as they finish the season at home against Texas A&M this Saturday, March 6.

With a win tonight or Saturday, Arkansas would clinch the No. 2 seed and a double-bye in the upcoming SEC Tournament.

The two teams most recent competition came over a year ago, where South Carolina beat Arkansas 79-77 last season. Arkansas leads the all-time series against South Carolina 20-15 but are just 6-8 when playing on the road in Columbia.

The Razorbacks were one of the hottest teams in February finishing the month with a perfect 6-0 record. Arkansas’ outstanding play was recognized as the team earned a No. 12 national-ranking from the Associated Press, the highest the program has been ranked since 1998.

The ranking comes after two impressive victories over No. 8 ranked Alabama and LSU last week. The two Quad-1 wins helped Arkansas move up eight spots in the rankings and earn NCAA Division 1 “Team of the Week” honors.

With Arkansas’ unexpected run, the team’s projected seed for the NCAA Tournament in on the rise. ESPN’s Joe Lunardi has the Razorbacks listed as a four-seed for March.

The Gamecocks earned a much-needed 21-point victory over Georgia on Saturday Feb. 27. The win comes after six straight losses following their 72-66 victory over Florida on Feb. 3. In the win, sophomore guard Jermaine Couisnard had one of his best performances of the year with a season-high 23 points.

South Carolina currently sits two spots above Vanderbilt at the bottom of the SEC standings. Carolina’s season performance leaves the SEC tournament as the team’s only road to making the NCAA Tournament later this month.

The Gamecocks last regular season game of the season has the team traveling to face Kentucky this Saturday March 6.