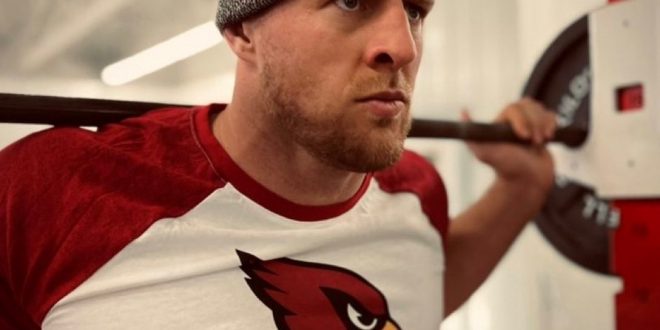 Former Texans DE JJ Watt announced via his personal Twitter on Monday that he'll be joining the Arizona Cardinals after ten years in Houston. (Photo: Courtesy of JJ Watt/Twitter @JJWatt).

On Monday, the Arizona Cardinals signed an elite defensive end in JJ Watt.

“He is obviously going to create havoc, and he’ll need to have some attention from the opposing sideline. It’s really exciting for us.”

This move not only adds a huge piece to Arizona’s starting defensive line, but it puts Arizona in a place that they believe they can be a serious threat in 2021

Entering year two of head coach Kliff Kingsbury and quarterback Kyler Murray era, Arizona made a splash move trading for Deandre Hopkins from the Houston Texans. The team came out hot in 2020, starting the season with a 6-3 record. 2020 looked promising for the Cardinals, until the team ended their season going 2-5 and dropping to an 8-8 record. The loss of Chandler Jones to a biceps injury and a disappointing season from RB Kenyan Drake hurt the team down the stretch.

Arizona tied with the Chicago Bears for the second Wild Card spot, but dropped out of the playoff picture due to record vs. common opponents. While the team did significantly improve on their 5-10-1 record in 2019, the Cardinals are looking for a serious playoff run in 2021.

The addition of Watt and the return of Chandler Jones will be a major storyline in 2021. This two-headed monster will give a lot of teams trouble, especially those with holes in their offensive lines. Combined, the two have led the NFL in sacks three different times (Watt with 2 and Jones with 1).

The offensive end look to improve just as much as the defensive end. Kyler Murray showed a very healthy improvement in his throwing game in the 2020 season, but broke out as a running threat with 819 rushing years and 11 rushing touchdowns. Deandre Hopkins did in 2020 as Hopkins has always done in solidifying himself as one of the top receivers in the game. In his first season with Arizona, Hopkins set a single-season reception record for Arizona with 155. One big loss on the offense will likely be Kenyan Drake, who is currently a free agent, but GM Steve Keim has made it clear that he is “very confident” with Chase Edmonds taking an increased role in the run game.

What’s Next For Arizona’s Offseason?

The number one lingering question for the Cardinals right now is whether or not veteran wide receiver Larry Fitzgerald will return for another season. While many believed last season to be his last, some are now speculating that with the addition of JJ Watt, Fitzgerald could be convinced to come back. Fitzgerald could be another solid veteran presence to have on this team, but Steve Keim “has nothing to report” as of now.

Arizona still has a lot of flexibility with their cap space, so it will be interesting to see how it plays out for the Cardinals and Keim over the rest of the offseason. Important players including OLB Haason Reddick, CB Patrick Peterson, and TE Dan Arnold are all still free agents. The team’s biggest needs, as of now, seem to be their secondary and another running back to compliment Edmonds. However, with the moves made so far this offseason, the team seems committed to making a deep run in 2021.

Jack is a 3rd-year Telecommunications student at the University of Florida College of Journalism and Communications
@jackwebs21
Previous NBA All-Star Game 2021: Team Lebron vs. Team Durant
Next Treash talks NFL 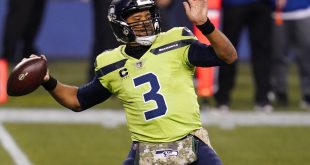