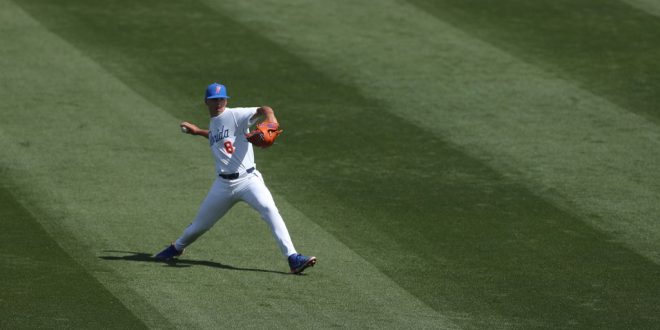 The sixth-ranked Florida baseball team will host Florida A&M in a three-game series this weekend. Due to a rainy weather forecast on Saturday, Florida announced that the first two games will be played Friday in a doubleheader. The series opener is set to begin at 4:02 p.m. While the second game will take place 50 minutes after the conclusion of game one. The series finale will remain on Sunday at 1 p.m.

Due to the forecast of inclement weather tomorrow, we will host Florida A&M in a doubleheader today, with first pitch of game one slated for 4:02 p.m.

The second game of the twin-bill will begin 50 minutes after the conclusion of game one. #GoGatorshttps://t.co/ajSbmN1UPQ

FAMU baseball has experienced a rough start to their season where they remain winless at 0-8. The Rattlers have yet to play on their own turf as they close out their 11 game road trip this weekend. On the mound Friday will be righty Kyle Coleman who has registered six strikeouts this season.  The Rattlers hit just .177 as a team but they have also played good competition in Stetson and South Florida in their eight games. The team earned run average is a hefty 7.71 but coach Jamey Shouppe is hopeful his team will compete this weekend and keep battling despite the slow start to the season.

Righty Tommy Mace will start on the mound Friday in his third outing of this season. Mace has a combined 19 strikeouts this season while allowing only six hits.  Jack Leftwhich will likely start the second game of Friday’s match-up for the Gators. The junior got his first win last Saturday against Samford.  Lefty Hunter Barco will pitch his third Sunday in a row. Barco has fanned 13 but will look to reduce a high earned run average of over 10.

A look back at another tone-setting outing from @MaceTommy 🔥🔥

Parker Welch is a Junior at the University of Florida majoring in Sports Media at the College of Journalism & Communications.
@parkerrwelch
Previous Lightning Defeat Blackhawks at the Buzzer, 3-2
Next Gators Host Rival FSU in Top 25 Showdown