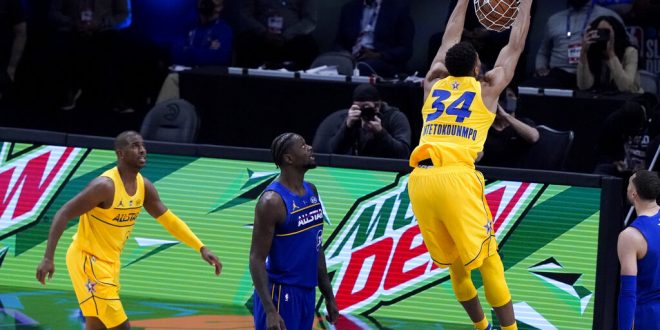 This year, due to the COVID-19 pandemic, the festivities have been condensed into a one-night event in Atlanta on Sunday. This event will include the Skills Challenge, 3-Point Contest, Dunk Contest and All-Star Game.

Team Durant started off the game in the lead when Kyrie Irving knocked down the first three-pointer of the game and then later scoring on a pair of layups. Things were quickly turned around when Stephen Curry took control of the game.

Team LeBron kept their energy up towards the end, specifically Jaylen Brown and Paul George who scored 10 easy points. Durant’s team tried to close the gap with a 7-0 run, but Damian Lillard responded with his own personal touch and a good ole three-pointer that secured the game for Team LeBron.

The Bucks star made all 16 shots he attempted and finished with a total of 35 points.

He explained that this year he wants to make a change and to make his overall game experience fun.

Considering the COVID guidelines of this event, the festivities went well. 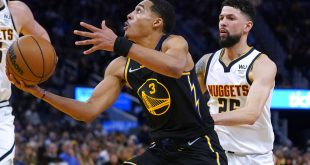