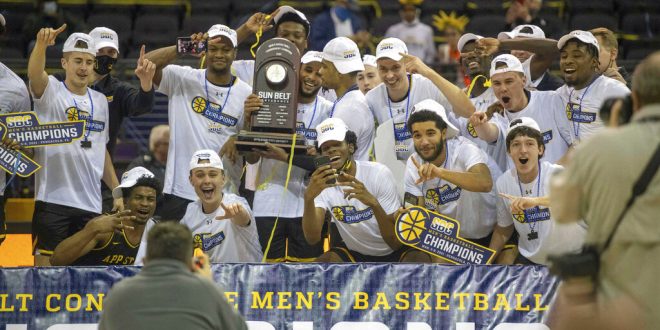 As conference tournaments begin, and March Madness edges closer, teams start to clinch automatic bids for the NCAA Tournament. While most of the blue-blood conferences have not yet begun their tournaments, a few fringe leagues have already finished their brackets and have crowned champions. These conference winners will be making the trip to the “Big Dance.”

Due to COVID-19 postponements, the Appalachian State Mountaineers did not play a game between January 31 and February 19. However, the team was ready for its’ moment when it arrived. Senior guard Justin Forrest averaged 20 points per game in the Sun Belt tournament, as the Mountaineers upset top-seed Texas State and won the tournament. Now, as the team enters March Madness, they will need players like Forrest to stay hot.

Loyola Returns to the Big Dance

The Loyola Chicago Ramblers are back in the NCAA Tournament. After reaching the Final Four in a classic “Cinderella Story,” head coach Porter Moser has brought his team back winning the Missouri Valley Conference. The Ramblers entered the MVC Tournament as the top seed, and the team won its’ three games by an average lead of 16 points. After finishing the season on a hot-streak, Loyola will look to catch lightning in a bottle for the second time.

It's a 3️⃣-peat for @LibertyMBB_! Get a recap of Sunday's @ASUNMBB Title game and postgame comments from Flames guard Darius McGhee on today's Flames Minute! #RiseWithUs #MarchMadness pic.twitter.com/3YZy8clR8C

For the third-consecutive year, the Liberty Flames have won the Atlantic Sun Conference Tournament. The team has been carried by elite three-point shooting. Five different Flames’ players have a 40 percent three-point percentage or higher. Because the Flames upset Mississippi State in their last appearance, eyes will be on Liberty to see if they can build on their momentum from last time.