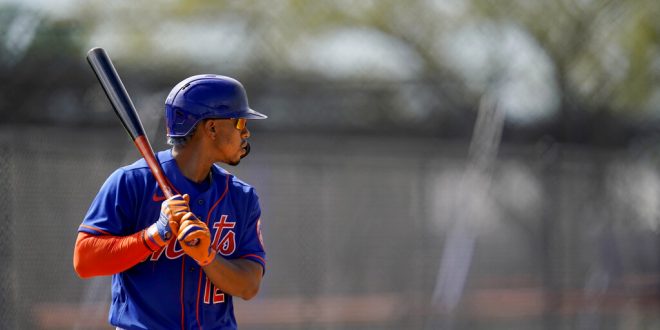 Gator Baseball Fights Back For A 10-7 Win Over Stetson

It was a long Wednesday night filled with giant offensive bursts, countless pitching changes and a cool 60 degree breeze. Another Florida Gator baseball game has wrapped up, and it was nothing short of electric. In all, the Gators mustered 10 runs, 14 hits, four doubles and seven walks while the Stetson Hatters scored seven runs on 11 hits while committing two errors.  The Gators win 10-7.

All seemed lost early on in this nine-inning battle. Stetson got the lead right away with an RBI single off Sardina’s bat. But, they didn’t stop there. In the second, the Hatters put up four runs to make it 5-0. This would mark the end of Timmy Manning’s first collegiate start. His night on the hill was short lived. He gave up five runs while striking out two.

The Gators answered back with some runs in the third and fourth innings, but their bats really did damage later in the game.

These two. Their bats have been alive and well all season. Jacob Young leads with a .385 batting average and Hickey is hitting .327. Against the Hatters, they combined to drive in six runs and had seven of Florida’s 14 hits on the night.  Each had three RBI and Young added his first homer of the season as well.

. #Gators @jypv123 with his second hit of the night. Hard hit ball into left field that cleared the fences. His first home run of the season. He’s 2-3 so far tonight & it’s only the fourth inning.

Some other key figures at the plate included Jud Fabian, Kendrick Calilao and Kris Armstrong who homered in the fifth inning.  After being down early 5-0, Florida kept chipping away and eventually took the lead.

What seems to be the downfall of the Gators this season has been their pitching. While the offense has been outstanding, the bullpen has been an area of concern.  It was Timmy Manning’s first collegiate start, but in total, Florida would send six relievers to the mound. Combined, Florida gave up seven runs but the bullpen did a nice job overall in relief of Manning, giving up only two runs.  Stetson scored seven runs on 11 hits, and Gator pitchers walked seven and struck out seven.  Chase Centala saw the longest stint on the hill in relief with two scoreless innings.

Next up for Florida is a three game home weekend series against Jacksonville, starting on Friday night.