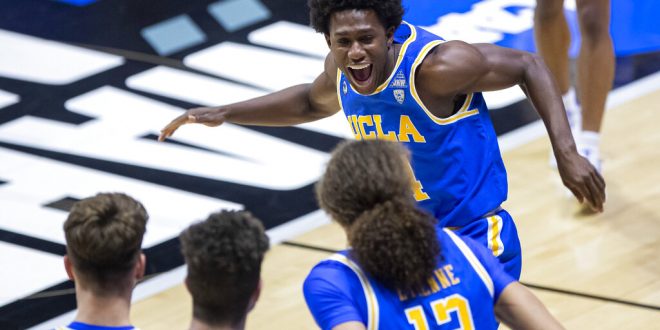 The 2021 men’s NCAA tournament is officially in motion as the conclusion of the Play-in Games last night declare the first teams to move on through March Madness.

The Tigers defeated Mount St. Mary’s last night 60-52 and survive to see another day. At halftime, the Tigers were down ten points to the Mountaineers and in need of a change of tone. Head Coach Johnny Jones was able to summon a deeper layer from his players where they entered the second half looking like a different team.

The Tigers grabbed an unanswered 11 point run to close the gap and put themselves in the lead. The win will send the Tigers to a Saturday game with Michigan.

Forward John Walker III led his team with 19 points, 13 of them being in the second half, and nine rebounds.

“I feel like I’m on top of the world. I ain’t gonna lie. The feeling all the work finally paying off,” said Walker. “That’s the best part of it, doing with it people that you love.”

The Drake Bulldogs brought their match-up with the Wichita State Shockers to a buzzer-beater where the Bulldogs closed a 12 point deficit and settled the score at one point difference of 53-52. In the final 20 seconds, the Bulldog’s comfy 4 point lead was threatened when Wichita State converted a turnover to grab a 3-pointer.

When Drake brought it back to their end, Joseph Yesufu missed his shot giving Wichita State one last chance at 5.3 seconds left on the clock. Although, the Shockers were unable to capitalize on the opportunity and so ended their journey in the tournament.

The Drake program has not experienced an NCAA Tournament win for 50 years. Drake Head Coach Darian DeVries expressed his excitement about the opportunity to move forward. The Bulldogs will face USC tomorrow.

The match-up with Norfolk St. and Appalachian St. also saw a one-point difference with the Spartans coming out on top with a score of 54-53. Jalen Hawkins came off the bench on a mission and led his team scoring 24 points for his own career-high. Hawkins also grabbed five rebounds. Hawkins expressed that he enjoys coming off the bench at the 6th man and having the opportunity to change the pace of a game.

Next, the Spartans will face No. 1 overall seed Gonzaga this weekend.

The Spartans hang on vs. App State 54-53 to lock in their first #MarchMadness W since @Kyle_OQuinn helped take down Missouri in 2012! #FirstFour pic.twitter.com/Upi9CyuEhy

UCLA defeated the Michigan St. Spartans 86-80 last night in the last First Four matchup. The typically strong team found themselves fighting for a chance to make it to the first round. The first half saw Michigan St. players screaming at each other for not switching on defense.

The disparity within the Spartans seemed to carry throughout the rest of the game. The Bruins point leaders were Jaime Jaquez Jr. and Johnny Juzang who carried their team. Jaquez grabbed a career-high of 27 points while Juzang put 23 points on the scoreboard.

Parker Welch is a Junior at the University of Florida majoring in Sports Media at the College of Journalism & Communications.
@parkerrwelch
Previous First round of the NCAA Tournament tips off today
Next Gators Hit the Road for a Weekend Series at Mississippi State 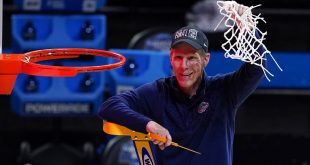 The Gonzaga Bulldogs are still dancing. After beating the USC Trojans, they move on to …