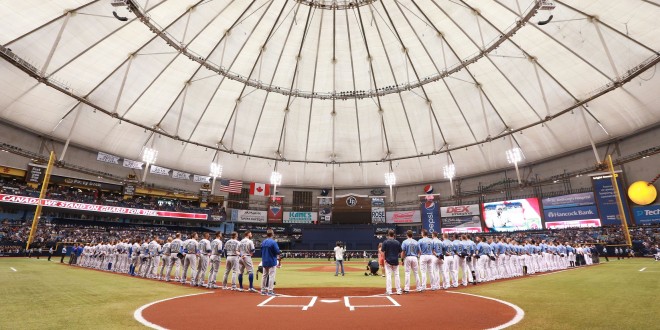 Brent Honeywell is back in baseball

After a nearly four-year break from competing, Brent Honeywell Jr. is back in the business of baseball.

The Tampa Bay Rays pitcher had been on an active campaign to retake the mound for the first time since Sept. 2017. Four surgeries later, Honeywell finally took the mound for an inning on Monday against the Red Sox.

1,281 days in the making pic.twitter.com/riFAEHugVx

“To me there’s nothing better,” said Honeywell to media on Tuesday. “Getting ready for your next day, touching the hill and competing against someone else.”

Honeywell’s return shouldn’t be judged solely on his performance. Giving up one run on a hit and a walk, the 25-year-old pitcher wasn’t aiming to impress on his return. His return in itself is what’s impressive, although his 95 MPH fastball is definitely worth noting. For the first time since the AAA national championship game on Sept. 19, 2017, Honeywell got to compete. Torn ligaments, snapped elbows, Tommy John surgery, nothing could contain the Georgia native on his quest to the majors.

Regarded as a top 100 prospect for multiple years, Honeywell was on the cusp of breaking through to the big leagues. After being drafted in 2014, the pitcher excelled in the minors, never posting an ERA over 3.49 in his rise to AAA ball. Finally getting the nod to join the Rays’ 40-man roster after his 2017 season, Honeywell was set for his major league debut in 2018.  He never made it out of spring training. After his Feb. 2018 injury, Honeywell seemed destined for either retirement or a knockdown drag-out war with the baseball gods. He never gave up, and the pitcher has finally seen the mound again after winning his war.

While he’s certainly happy to be here, expect Honeywell to keep on pushing.  Getting back to baseball was one thing, but Honeywell wants to stay here.

“That’s my end goal,” said Honeywell. “My end goal is to get to a full-season club, be on a schedule however they wanna do it, and that’s what I’m excited for.”