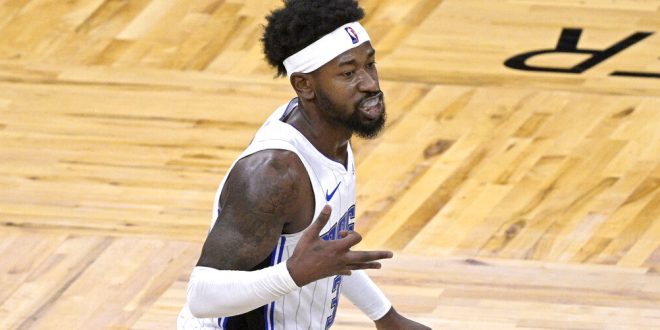 The Orlando Magic Fall to the Nuggets

The game started in the Magic’s favor, as they led the scoreboard 29-23 in the first 12 minutes. The second quarter was also a success for Orlando, as they headed into halftime 65-47. In this first half, the Magic shot 26 of 47 from the field and nine of 18 from the three.

The second half of the matchup is when things picked up for Denver.  Right off the bat, they had a 10 to 2 run and outscored the Magic 38-21 in the third quarter.  Between the eight assists from Nikola Jokic and the strong defensive lead, the Nuggets went into the fourth quarter just one point behind their competitor. They also forced Orlando into eight turnovers and ultimately defeated the Magic.

“It’s amazing. We came back and we didn’t just let the game go by the motions; we were fighting. I think it was a 10-2 run in the first two minutes of the game, or something like that. In the second half, they didn’t really score that much, I think 44. That’s an amazing number,” Nikola Jokic said.

Nuggets’ player Aaron Gordon helped tremendously in the success for his team. He scored 12 points in the first quarter, which happened to be the teams first points scored.

All in all he scored 24 points for his team, while completing 7 rebounds and 2 assists.

Jokic was also a player to look out for.  He scored 17 points, 16 assists, and 9 rebounds.

Denver had four other players score in the double digits as well.

On to Orlando’s side,  R.J. Hampton had his first NBA start with this matchup. He scored 16 points, marking a career high.

The Denver Nuggets are set to host the Detroit Pistons Tuesday night at 7. Meanwhile, the Magic travels back home to the Amway Center to take on the Washington Wizards on Wednesday at 7 p.m.

Sara Dastgerdi is a current student at the University of Florida.
Previous Pat Dooley’s Back Nine: April 5
Next Lightning Failed to Strike Against Detroit