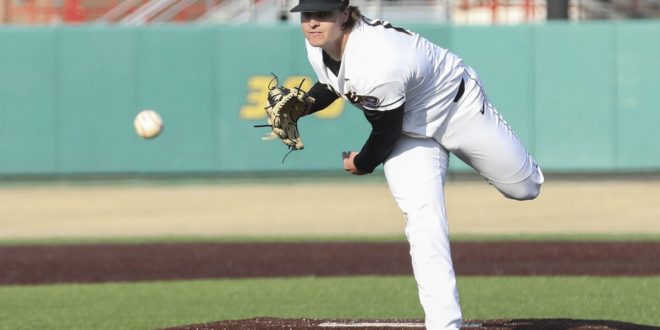 Missouri Baseball is traveling to Gainesville this weekend to try to improve on their weak performance in SEC play this year.

Mizzou (11-20) has had an underwhelming season so far. The team has struggled scoring runs all season, averaging only about five per game. While the lineup has shown good discipline, not striking out an overwhelming amount and drawing a lot of walks, Missouri does not have a single batter hitting over .300. The top of the lineup produces, but that’s about it.

The team has also suffered quite a few injuries to its lineup. DH Chad McDaniel, shortstop Joshua Day and second baseman Dalton McNamara have all spent time on the injured list, causing Missouri coach Steve Bieser to have to rely on some untested bats.

With the injury train slowing down, Missouri has been able to solidify their starting lineup. “We’ve settled into an everyday lineup, we’re being more consistent with that,” said Bieser. “You can see some life in the offense.”

The only thing worse than Mizzou’s hitting this year has been Mizzou’s pitching. The team has an average ERA of 7.35, coming in last in the SEC. The staff is comprised of mostly young, inexperienced pitchers who they hope will be able to turn it around in the second half of the season.

This weekend’s starters, Seth Halvorsen, Spencer Miles and Zach Hise, are all underclassmen. Halvorsen has been the ace of the staff this season, recently throwing a 7-inning gem against Texas A&M. Miles and Hise, who are in their sophomore year and freshman year, have had rough starts to the season, but are expected to be key pieces of the Mizzou staff for years to come.

The Tigers have been unimpressive in the SEC so far. Despite picking up a series win against Texas A&M, they have only been able to pick up two wins in their other three series. They look to get back on track this weekend against Florida, but Bieser knows it will be no easy battle.

“The pure athleticism and the players on the roster are always dangerous. When you make mistakes, they definitely are going to make you pay for it,” said Bieser. “It’s a tough place to play there, but I’m excited to see the new stadium.”

Florida announced a time change to the games this weekend due to possible inclement weather. They will now be playing at 6:30 PM Friday, 1 PM Saturday, and 12 PM Sunday.

Jack is a 3rd-year Telecommunications student at the University of Florida College of Journalism and Communications
@jackwebs21
Previous Orlando Magic at Toronto Raptors: Preview
Next RBC Heritage Open top stories