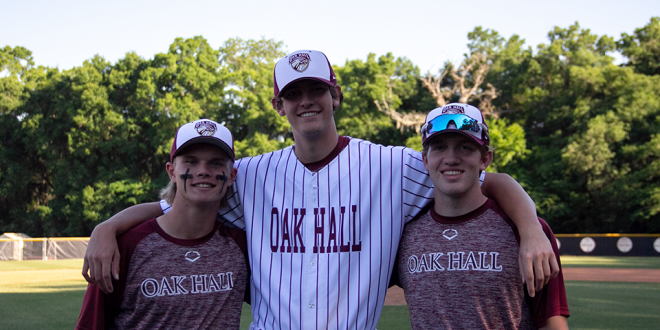 The Oak Hall Eagles (10-5) made a victorious comeback, with a shutout Thursday against the St. John Lutheran Saints (5-10).

The final score, 15 to nothing. 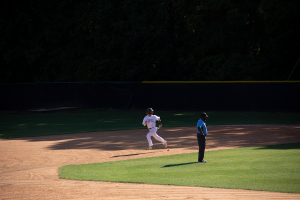 The Eagles got off to a strong lead by securing nine runs in the first inning.

All of these batters sent runners across the plate. 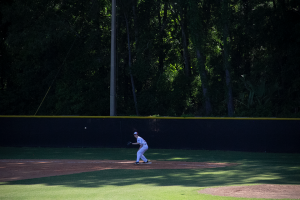 Two of Oak Hall’s pitchers Troy Freeman and Matt Leber teamed up for the shutout.

Leber struck out Landen Pindell at the top of the fourth inning. 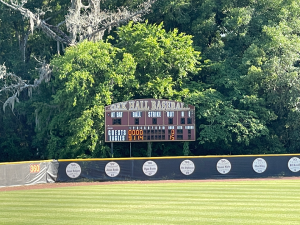 The game was over in the fourth inning, seeing the Eagles take home the win for their final home game.

Coach Kevin Maris shared his thoughts on the outcome of this game and the season.

Previous FEATURE: St. Francis Wolves on the Rise After One Year Under Coach Kris McDaniel
Next Softball Falls to South Carolina Despite Late-Inning Rally