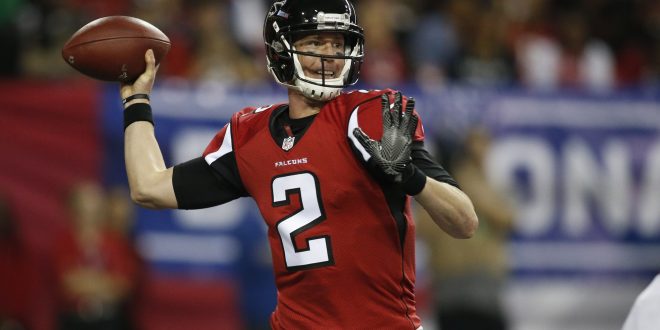 The Atlanta Falcons entered the 2021 NFL Draft with a plethora of holes to fill. After three consecutive losing seasons, the Falcons franchise has made massive efforts to reconstruct a tumultuous front office. Although fans are understandably raising questions, franchise quarterback Matt Ryan is giving some answers on his future in Atlanta.

Matt Ryan says he has a lot of football left

Ryan is entering his 14th season in Atlanta. He knows he is closer to the end of his career, but he has no plans for retirement any time soon.

“I understand I’m not going to play forever. But, I also have the mindset that I’m still playing really well and have a lot of good football in front of me. But, the most important thing to me is it comes from the belief in the building. The people who are actually making decisions and the people who are with you day-to-day,” he said.

The Falcon’s new front office has so far led into the NFL Draft surrounded by uncertainties.  With a new head coach and new general manager in Atlanta, fans questioned the likelihood of Ryan making a return. But the biggest question surrounding Atlanta was whether the pick would go to a quarterback for Ryan to pass the torch to.

Instead of drafting a new quarterback, the franchise opted for former Gator tight end Kyle Pitts.

He spoke on his excitement welcoming Pitts and optimism drafting the prolific tight end.

Although uncertainty has surrounded the Falcons for the majority of the offseason, the future is looking a little brighter. The franchise has made strides in the front office turmoil by bringing in Arthur Smith and Terry Fontenot to lead a new era.

"The formations are really similar to West Coast formations which I've played in for a number of years. Protections very similar. The concepts are similar as well, it's just different names."https://t.co/eviafAgFPn pic.twitter.com/S5yuYBPg8y

Making such major transitions will require a lot of effort to find a new system, but Ryan is staying focused on getting back to work with the new coaching staff and learning the terminology.

As for the next stage for the Falcons’ restructuring, Ryan says he has been working really hard to try and get on the same page with the new staff.