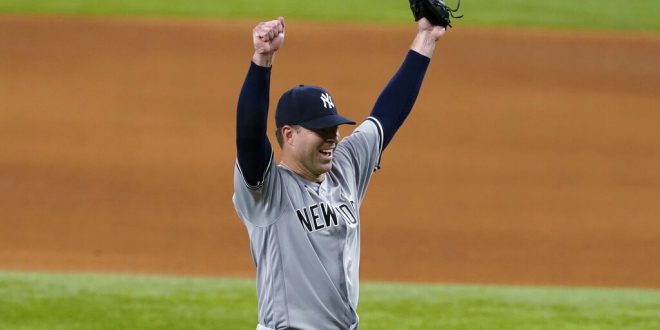 In his first season with the New York Yankees, pitcher Corey Kluber threw the 6th no hitter of the MLB season against the Texas Rangers on Wednesday. Kluber struck out nine batters in the Yankees 2-0 win over the Rangers.

A no-no in Texas!

The Yankees have not have not had a no-hitter since 1999 of July. On Wednesday night, Kluber showed out striking out nine and allowing just one walk.

“It was a lot of fun, I think it was a special night,” Kluber said. “I’ve never been part of one, witnessed one, yet alone thrown one.”

Yankees manager Aaron Boone has been really impressed with his team and Kluber’s performance.

“I had butterflies in that ninth inning. I’m getting a little emotional now, even just getting to witness that was was really, really special,” said Boone.

The Yankees have improved to 24-19 on the season and now sit third in the AL East. They’ll finish up their series against the Texas Rangers on Thursday.