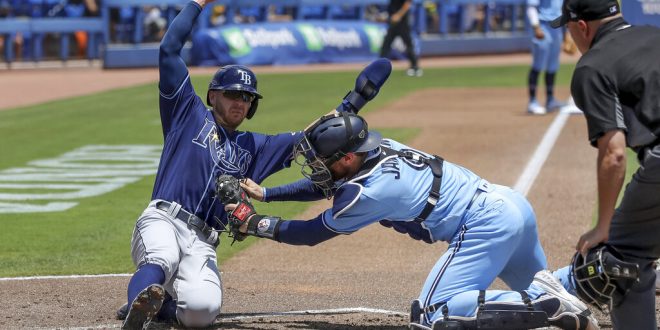 Florida MLB teams, the Tampa Bay Rays and Miami Marlins take the field today. While the Atlanta Braves will take the road for a trip to Boston beginning on Tuesday.

Pitcher Tyler Glasnow will start for the Rays while the Blue Jay will start Hyun Jin Ryu on the mound.

Marlins to The Phillies

Pitcher Sandy Alcantara will start for the Marlins. Aaron Nola will take the mound for the Phillies.

Braves to The Sox

The Red Sox will give Eduardo Rodriguez the start against the Braves. Former Tampa Bay Rays pitcher Charlie Morton will take the mound for the Braves.