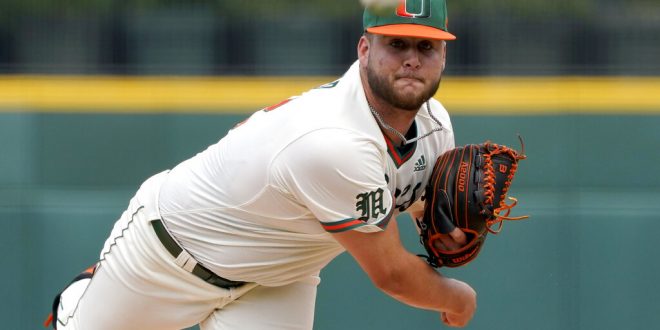 Miami pitcher Jake Garland throws against Florida State in the first inning of an NCAA college baseball game at the Atlantic Coast Conference tournament on Friday, May 28, 2021, in Charlotte, N.C. (AP Photo/Chris Carlson)

At Look at Miami

The Hurricanes (32-19) travel to Gainesville after finishing second in the ACC Coastal Division. Lead by head coach Gino DiMare, the Hurricanes went 0-2 in the ACC Tournament. In their first game, Miami lost to Duke 2-3 on May 27. The next day, Miami lost to rival Florida State 3-6 to end their chase for the ACC title.

A few days later, Miami was announced to be one of the four teams in the Gainesville Regional. This is the 47th time in program history that the Canes have made the postseason.

The Canes are headed to the postseason for the 47th time in program history! See U in Gainesville! pic.twitter.com/3TEcxweCNS

However, Miami does have experience playing in Gainesville this season. The Canes lost the first game of the series 5-7, but came back to win the next two games 10-9 and 8-6.

The ACC leader in saves, @CarsonPalmquis1 ranks second nationally with 13 saves. Today, he was named an All-American!https://t.co/ClURmjTVKx pic.twitter.com/MiAJOYwH7a

On the offensive side, outfielder Christian Del Castillo leads the Canes with a .368 batting average and is tied for first on the team with a .926 OPS. On the season, he hit four homeruns and 40 runs batted in.

Following Del Castillo, third baseman Raymond Gil bats with a .305 batting average and hit eight homeruns this season, both of which are second on the team. He ties Del Castillo with a team-leading .926 OPS.

Finally, freshman infielder Yohandy Morales hit an impressive 10 homeruns and 43 runs batted in during the 2021 season, both of which lead the team.

On Friday, Florida faces South Florida starting at 12 p.m. on the SEC Network. After that, Miami plays South Alabama on the ACC Network at 5 p.m.

The winners of each game play each other on Saturday, with the losing teams playing each other after. 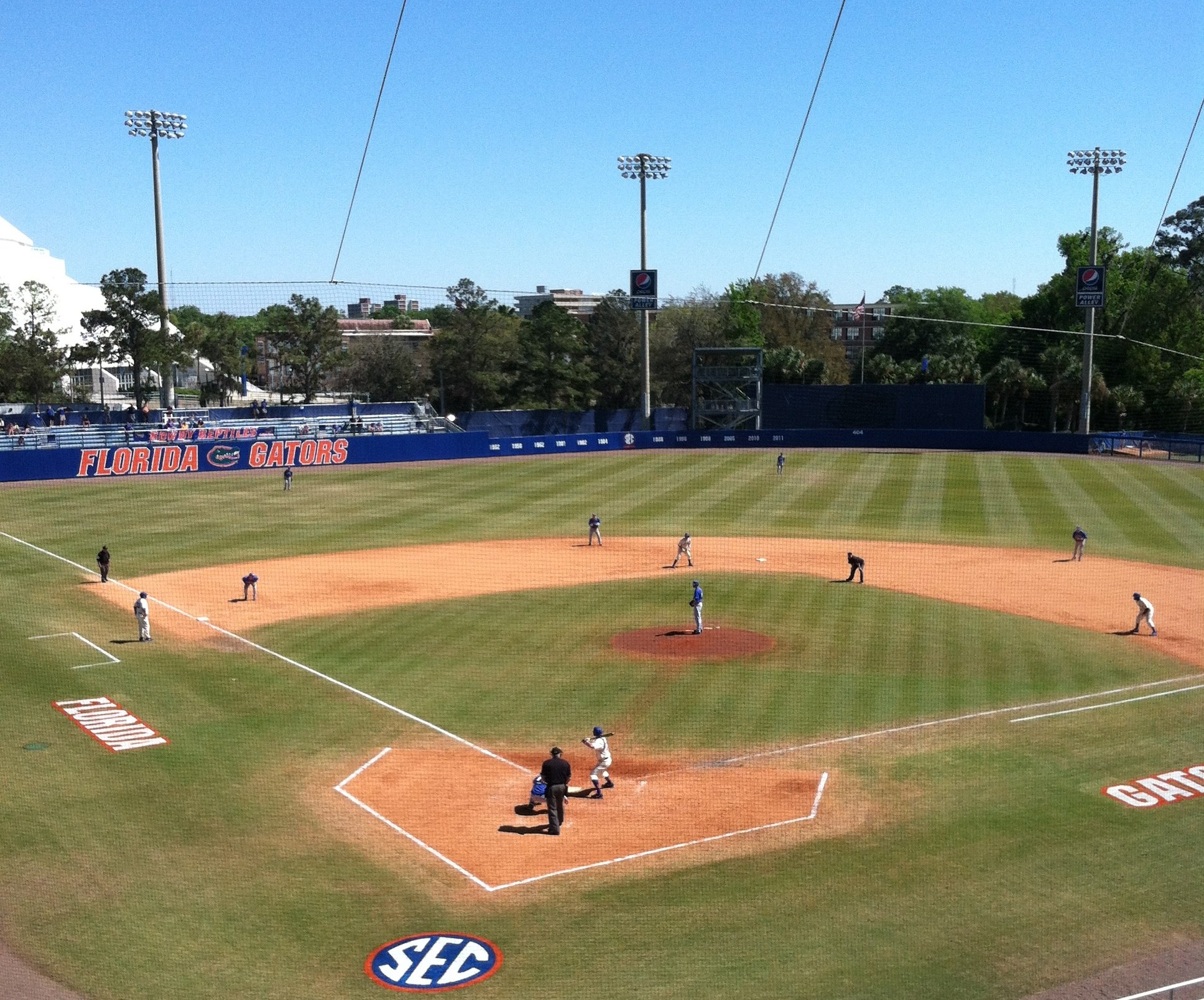 A Look at the South Alabama Jaguars in the Gainesville Regional