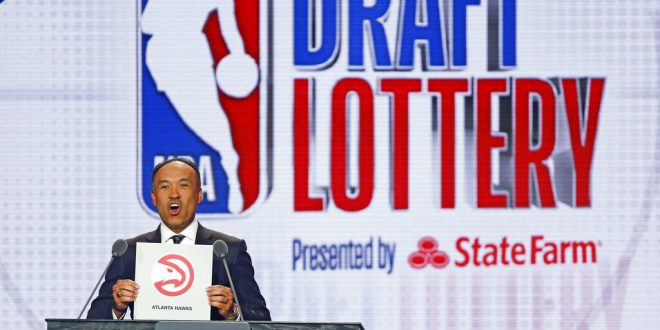 The 2021 NBA Draft has finally arrived, as teams look to add significant cornerstones to their franchise in the hopes to one day carry the Larry O’Brien Championship Trophy in a parade of adoring fans like current champions, the Milwaukee Bucks.

Moments before the Thursday night event teams are still making late adjustments to their draft board. With many mock drafts being issued out there is a concensus of who the top prospects are and who will be drafted fairly quickly. However, expect the unexpected as trades and late decisions from front offices as they gear up for free agency.

Three Above The Rest

With this year’s draft being held in person at the Barclays Center in Brooklyn, compared to last years virtual event due to pandemic protocols, prospects are back to the usual, experiencing their official induction to the NBA by accepting their team hat and shaking Commissioner Adam Silver hand in their tailored suits.

This year’s draft is featuring some high-level talent at the top and possible gems later in the draft for some teams to chance on. However, the smoke is starting to clear surrounding the most anticipated top three choices: Cade Cunningham, Jalen Green and Evan Mobley.

With most mock draft having Oklahoma State’s Cade Cunningham going no.1 to the Detroit Pistons, ESPN’s NBA Draft expert Mike Schmitz, who believes this year’s draft is the deepest since 2003, which featured future Hall of Famers in Lebron James, Dwayne Wade, Carmelo Anthony and Chris Bosh, in another typical draft both Green and Mobley would become the top pick as well.

Why are the Detroit Pistons taking their time committing to a prospect at No. 1 with draft night right around the corner? Because Jalen Green and Evan Mobley are both special players and future NBA All-Stars. pic.twitter.com/rx6cmysjIn

Green, a shooting guard who spent last year in the NBA G League recently moved up in the mock drafts ahead of Mobley to the Houston Rockets in the hopes to add their backcourt that features former All-star John Wall. While Mobley is expected to head to Cleveland to anchor the paint for the Cavaliers.

Hours before the start of the draft ESPN Senior NBA Insider Adrian Wojnarowski first reported the Pistons came to a firm decision to select Cunningham with the first pick. Earlier in the week, it was reported that the front offices of the Pistons were still evaluating the top three prospects and the possibility of trading the no.1 pick.

Detroit officials traveled to New York on Wednesday, met with Cunningham a final time and finalized the decision to choose him at No.1 in meetings this morning, sources tell ESPN. https://t.co/aNdmZv5C9m

Cunningham, who was awarded Big 12 Player of the Year and All-American as a freshman last year for the Cowboys led the conference with 20.1 points per game will do nothing but add to the young core on the Pistons roster.

With three first-round picks last year, Cunningham will be the first top-five selection since that famous 2003 draft class, where they picked Darko Milicic second overall.