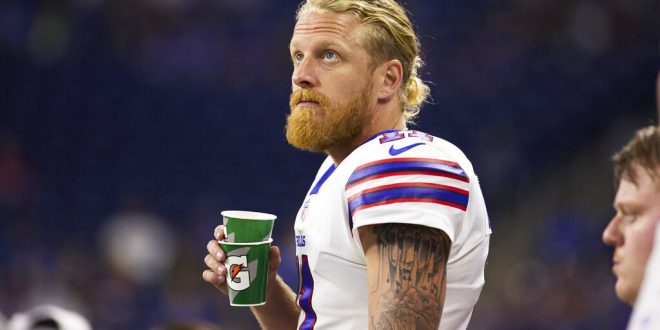 Bills Mafia is Back

Widely considered to be AFC favorites behind the Kansas City Chiefs, the Buffalo Bills begin their season on Sept. 12. Led by a surprising dynamic duo of Josh Allen and Stefon Diggs as the Buffalo Bills won 13 games. Buffalo also clinched its first AFC East title since 1995. Buffalo continued their winning ways in the preseason with a one point victory over the Lions. They also dominated the Chicago Bears 41-15 to continue their streak from last season.

However, the Bills face some adversity this training camp, as they put four players on the COVID-19 reserve list yesterday. A coach came in contact with receivers Gabriel Davis and Cole Beasley and tackles Vernon Butler and Star Lotulelei. While the coach has been vaccinated, according to NFL rules and regulations, all four players must go through testing for five-straight days in order to return to practice. Presumably, until then, the all four players will take part of position and team meetings virtually over Zoom.

Beane: We had a positive COVID result today with a staff member that was vaccinated. So we sent players home out of caution due to close contact. None of them tested positive, but they will be out five days. Vernon Butler, Star Lotulelei, Gabe Davis & Cole Beasley. #Bills

GM Brandon Beane stated during a press conference that some players five-day clocks started prior to Tuesday. Because of this some players will return to practice sooner then others.

Buffalo will end their preseason against the Green Bay Packers on Saturday, Aug. 28, at 1 p.m.

Ethan Sanabria is a second-year telecommunications student on the digital film and television production track at the University of Florida's College of Journalism and Communications. He has previously worked as a broadcaster for the Florida Flight basketball team and currently helps the production of WUFT news facebook lives. You can reach Ethan on any of his social media or at Ethansanabria@ufl.edu.
@ethansanabria
Previous Scott Stricklin Talks Upcoming Football Season
Next Newberry Set to Face Santa Fe to Kick Off High School Football Season