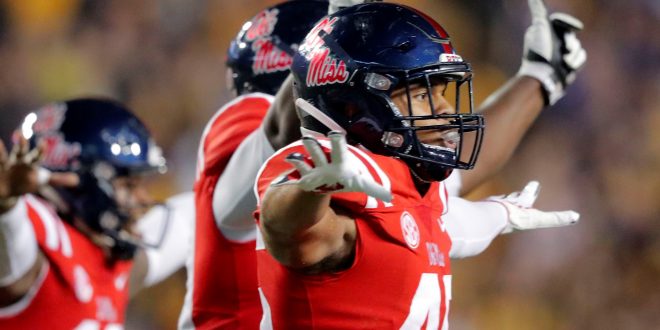 Ole Miss (1-0) faces off against Austin Peay (1-0) in Mississippi on Saturday. Both teams look to improve their record after coming off wins in week one.

The Rebels are entering this matchup following a short week after defeating Louisville on Monday. Coach Lane Kiffin is eager to play in front of Ole Miss fans in their season home opener.

On Monday, quarterback Matt Corral threw for 381 yards and accounted for two touchdowns against the Cardinals. Snoop Conner ran for two touchdowns, aiding the Rebels in their 43-24 victory. The team performed well despite the absence of their head coach. Kiffin, in quarantine after testing positive for COVID-19, will accompany the team on the sidelines this Saturday. While Kiffin liked what he saw from his team against Louisville, he emphasized the importance of remaining consistent throughout the second half.

The Governors opened their season with a 30-20 victory against the Chattanooga Mocs. Governor’s quarterback Draylen Ellis is the preseason Ohio Valley Conference Player of the Year. The sophomore led the Governors with 325 passing yards and accounted for four touchdowns in their win over Chattanooga.

Head coach Scotty Walden is in his second season with the Governors. Walden, the youngest Division I head coach, led the Governors to a 4-2 record Ohio Valley Conference schedule that was delayed until spring 2021 due to the pandemic.

This matchup will establish the first time Ole Miss and Austin Peay meet. The Rebels are 79-11-4 (.862 winning pct.) when playing their home opener in Oxford, Mississippi. They look to improve their defense leading up to the matchup to be successful against Austin Peay.

The Governors will look to capitalize on a fatigued Ole Miss team coming off only four days of rest. Ole Miss will honor current and retired military members on Saturday during its annual Military Appreciation Game. The game will be televised on ESPN+ and SEC Network+ on Saturday at 6:30 p.m.