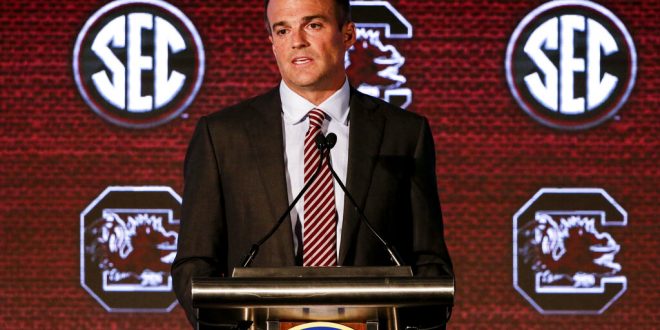 Week 2 of the college football season brings an exciting matchup between University of South Carolina and East Carolina University. The Gamecocks come in after a dominating 46-0 win over Eastern Illinois in front of a packed stadium in head coach Shane Beamer’s first game with his new team.

The Pirates fell 33-19 on September 2 to Appalachian State University. This will be the 20th all-time meeting between the two teams, as South Carolina has won 14 of the 19 matchups. These teams last met in 2016 in a Gamecocks 26-0 win.

Running back ZaQuandre White caught one of them and added 128 yards on the ground in his first game. Tight ends Nick Muse and Jaheim Bell each caught touchdown passes, while wide receiver John Vann had one. Also, both Jalen Brooks and Dakereon Joyner saw plenty of time as well catching passes from Noland.

However, Coach Beamer has not named a starter for this week. Luke Doty was expected to be the starter prior to the season but suffered a foot injury in practice before the season began. Defensively, South Carolina allowed only 109 yards and nine first downs. Cam Smith led the team with four tackles. Jordan Burch and Jaylon Foster each recorded interceptions.

For East Carolina, junior quarterback Holton Ahlers will likely start after throwing for 295 yards and two touchdowns in their loss last week. Keaton Mitchell led the team with 129 all-purpose yards, with 29 of them coming through the air.

He also scored a touchdown along with Ryan Jones, who scored on a 38-yard pass from Ahlers. Defensively, Ja’Quan McMillian picked off a pass and had eight tackles.

The kickoff for this game will be on Saturday, September 11 at 12 p.m. on ESPN2.  Following this game, South Carolina will play Georgia on September 18 in an SEC showdown, while East Carolina will face Marshall on the road.